PHILADELPHIA - Philadelphia rapper Freeway became a household name releasing hits like “What We Do,” featuring Jay-Z.

But his greatest feat is a personal one.

It was during the early spring of 2015 when Freeway noticed feeling an inordinate level of fatigue, which he attributed to frequent travel and touring.

"As black men in america, we fear going to the hospital," Freeway told FOX 29's Bill Anderson. "We feel like we're invincible."

Once he pushed himself to go to the doctor, the narrative changed. 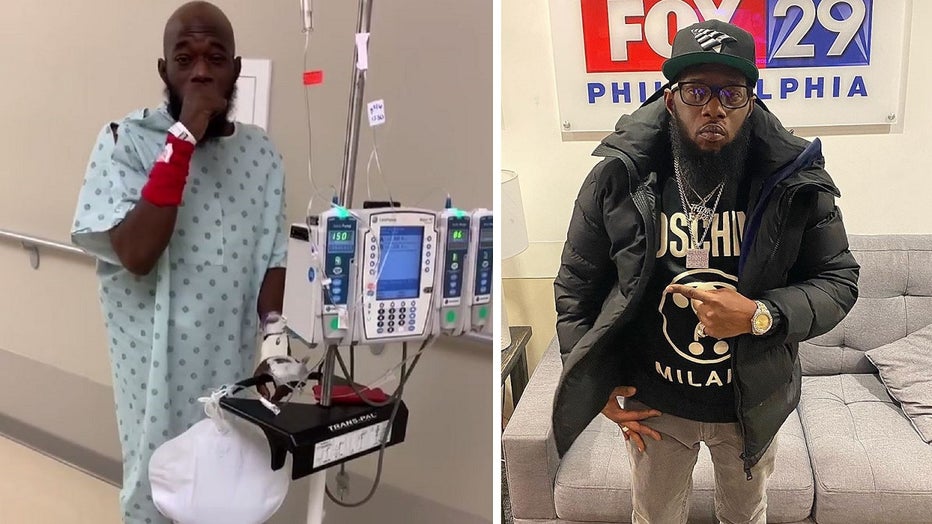 A week after getting his bloodwork done, Freeway's doctor urged him to get to the emergency room.

"Me being Muslim, the first thing I wanted to do was pray, ask God to help me deal with this situation," Freeway explained.

When he went to the hospital, he was diagnosed with kidney failure.

"I was running around with three of the leading risk factors for kidney disease, and I was unaware of it," Freeway said, citing the factors as having hypertension and diabetes, as well as being African-American.

In February 2019, Freeway underwent a kidney transplant to save his own life.

Since then, the rapper's mission has remained the same: help others get and stay healthy.

The well-known artist acts as an ambassador for the National Kidney Foundation to raise awareness of the disease.

According to the foundation, 33% of American adults are at risk for kidney disease, but most of them don’t know it. Meanwhile, 100,000 people are on the wait list for a kidney transplant.

To find out if you are at risk for kidney disease, take the one-minute test here.