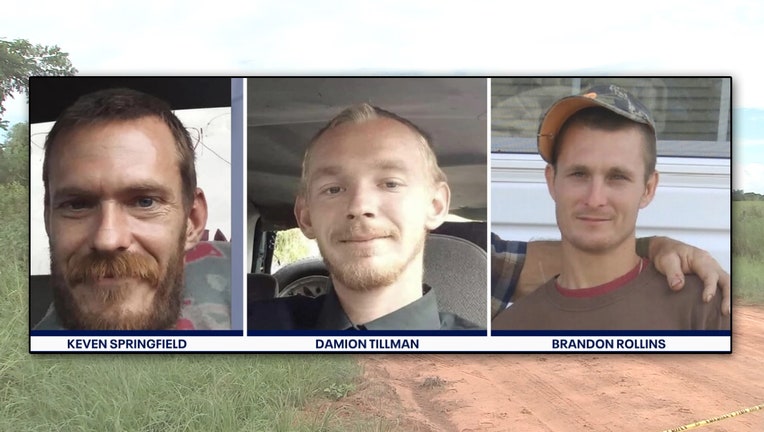 FROSTPROOF, Fla. - The Polk County Sheriff's Office announced they will no longer accept any donations since they received an overwhelming amount of support to help pay for the funeral expenses for the three friends killed in Frostproof one week ago.

"On behalf of Brandon, Damion, and Keven's families, we would like to thank everyone for the outpouring of support you have shown during this horrific situation," according to a statement Sheriff Grady Judd. "Due to overwhelming generosity of not just Polk County citizens, but people from all over the world, Polk Sheriff's Charities has received enough money to pay for all the funeral expenses for these three families."

The sheriff's office said the donations will be split evenly between all three families.

"Thank you for proving once again that evil does not win," Grady's statement said in part. "God bless you all."

Last Friday, the three friends gathered at Lake Streety to fish. Detectives said they learned that 23-year-old Damion Tillman was followed by the suspects as he went to meet 30-year-old Keven Springfield, and 27-year-old Brandon Rollins.

Tony 'TJ' Wiggins, 26, has 230 felony charges in his criminal history, stemming from the time he was 12 years old, according to the Polk County Sheriff's Office. He now faces three first-degree murder charges and is being held without bond until his trial.

Judd said 26-year-old Tony "TJ" Wiggins is the suspect who pulled the trigger and fatally shot all three. Wiggins' girlfriend, 27-year-old Mary Whittemore, and his brother, 21-year-old Robert Wiggins, were also arrested on being an accessory to murder.

All three made their first court appearance since the murders on Thursday afternoon.