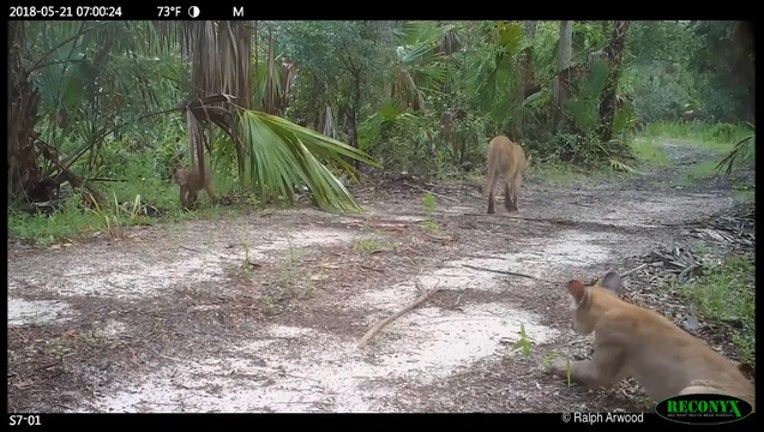 There appears to be a neurological disorder affecting wild cats in Florida, according to the Florida Fish and Wildlife Conservation Commission.

SARASOTA, Fla. (FOX 13) - There appears to be a neurological disorder affecting wild cats in Florida, according to the Florida Fish and Wildlife Conservation Commission.

The FWC said it has confirmed one bobcat and one panther suffering from neurologic damage. The agency released video recorded by a trail camera of large cats struggling to properly use their hind legs.

The agency said another trail camera captured eight young panthers and one bobcat displaying varying degrees of this condition.

The videos were recorded in Collier, Lee, and Sarasota counties. Another possible sighting was reported in Charlotte County, according to FWC.

The FWC’s Fish and Wildlife Research Institute Director Gil McRae said in a statement the agency has ruled out "numerous diseases and possible causes" for the observed symptoms but a definitive cause has not been determined.

"We’re working with the U.S. Fish and Wildlife Service and a wide array of experts from around the world to determine what is causing this condition,” McRae said.

The FWC said it is testing for possible causes, including rat poison, infectious diseases, and nutritional deficiencies.

The public can help with this investigation by submitting trail camera footage or other videos that capture animals appearing to have problems walking or with their rear legs.

Small files can be uploaded at MyFWC.com/PantherSightings. To submit large files, email Panther.Sightings@MyFWC.com.

Florida panthers are an endangered species native to Florida. To learn more about panthers, visit MyFWC.com/panther.