On Millennium Falcon: Smugglers Run, you can fly the fastest starship in the galaxy

Once it's time for the mission to begin, guests will enter cockpit in groups of six and take controls as pilots, gunners and engineers.

ANAHEIM, Calif. - Want to go for a ride aboard the fastest ship in the galaxy? The Millennium Falcon: Smugglers Run will have you living your own “Star Wars” adventure in the cockpit of the most famous all of starships.

Opening Friday at the new Star Wars: Galaxy's Edge inside Disneyland Park, guests 38 inches or taller can climb aboard the Millennium Falcon to operate “the fastest hunk of junk in the galaxy.”

Han Solo famously bragged that his Millennium Falcon is "the ship that made the Kessel Run in less than 12 parsecs.”

And for the uninitiated, a parsec is an obscure unit of distance in astrophysics, equal to 3.26 light years— while the Kessel Run is a trade route used by smugglers like Solo to get around Imperial blockades.

If you've seen “Star Wars: The Last Jedi,” you'll know that Chewbacca brought the Falcon to Black Spire Outpost for repairs at the spaceport on the edge of the galaxy. In exchange for some replacement parts, Chewie is loaning the Falcon to Hondo Ohnaka, a smuggler who is now making good use of the ship.

This is where guests enter the story of Millennium Falcon: Smugglers Run, one of Galaxy’s Edge’s two anchor attractions.

When guests meet Hondo, he tells them he has more cargo than he can handle and needs extra flight crews to make some runs for him – especially crews that won’t ask too many questions. 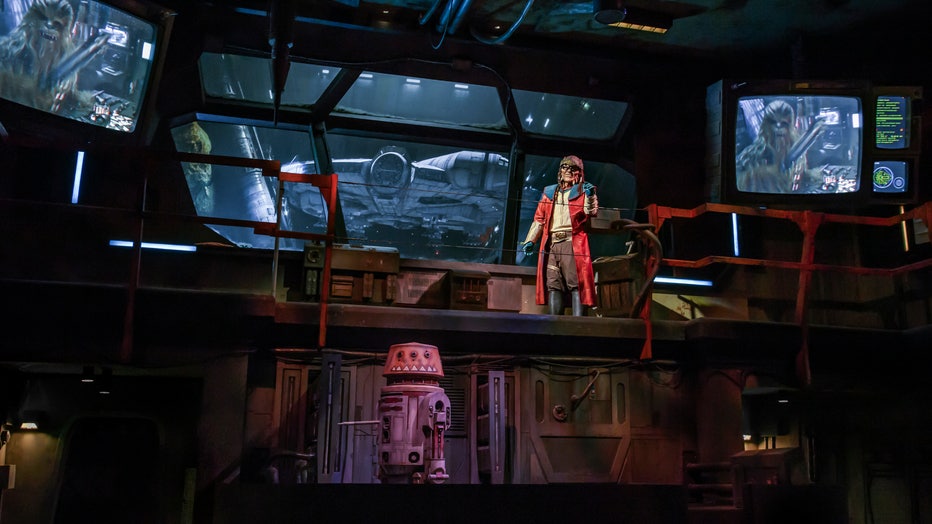 When riders accept Hondo’s offer, they enter the Falcon through an access hatch on the ship’s starboard airlock. Once aboard, they spend some time in the ship’s main hold, where they can sit at the famous Dejarik (chess) table.

Once it's time for the mission to begin, guests will enter cockpit in groups of six. They'll take controls in one of three critical roles as the “bucket of bolts” makes the jump to lightspeed on the interactive attraction. Some will be pilots, some gunners and some engineers, as the ship responds in real time to the actions they take.

“The level of guest participation in Millennium Falcon: Smugglers Run is different from anything we’ve done before,” said Asa Kalama, executive creative director for Walt Disney Imagineering. “You’re not merely a passenger along for a ride, but rather the protagonist of the adventure. The story unfolds around you and responds to the way you engage it.” 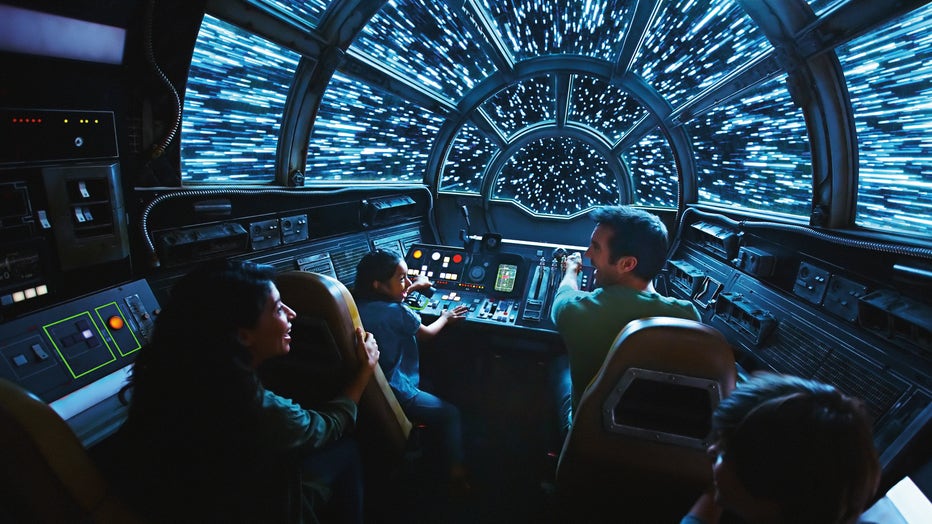 Guests take the controls aboard the fastest ship in the galaxy when Star Wars: Galaxy's Edge opens at Disneyland Resort in California, and at Walt Disney World Resort in Florida. (Photo credit: Disney Parks)

Walt Disney Imagineers worked with Lucasfilm to make sure the Millennium Falcon was authentic in every detail, including the hoses, pipes, switches and stickers on the exterior hull, the company said. Imagineers even visited Pinewood Studios in the United Kingdom to study Falcon film sets and archival photographs of the ship.

Star Wars: Galaxy’s Edge opens May 31 at Disneyland Park in California and Aug. 29 at Disney’s Hollywood Studios in Florida.