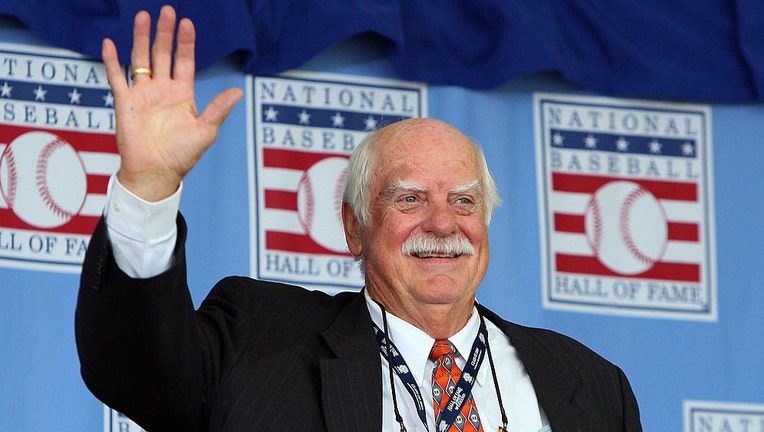 FILE-Hall of Famer Gaylord Perry waves to the crowd as he is introduced at Clark Sports Center during the 2009 Baseball Hall of Fame induction ceremony on July 26, 2009 in Cooperstown, New York. (Jim McIsaac/Getty Images)

GAFFNEY, S.C. - Baseball Hall of Famer and two-time Cy Young winner Gaylord Perry, a master of the spitball, died Thursday. He was 88.

Perry died at his home in Gaffney at about 5 a.m. Thursday of natural causes, Cherokee County Coroner Dennis Fowler said. He did not provide additional details. 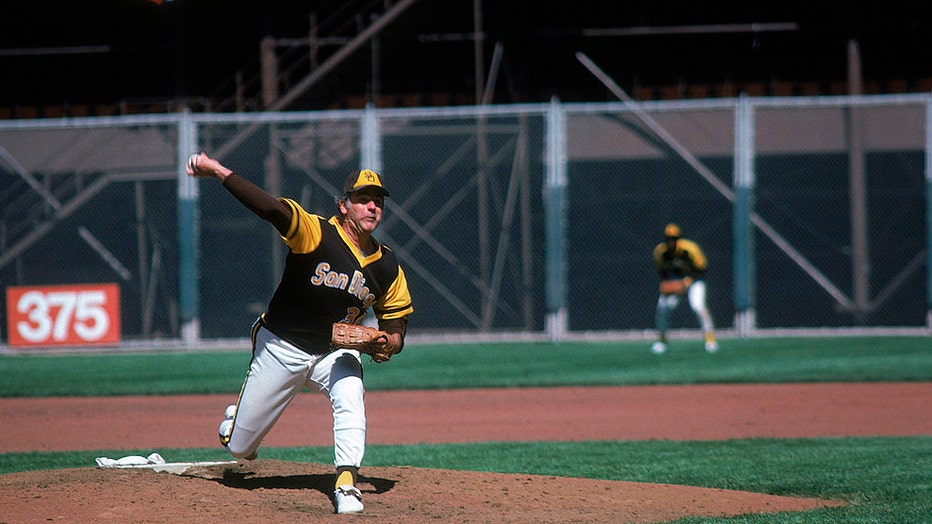 Pitcher Gaylord Perry of the San Diego Padres pitching in 1979. Perry played for the Padres from 1978-79. (Michael Zagaris/MLB Photos via Getty Images)

Perry was a five-time All-Star who was elected to the Hall of Fame in 1991.

He had a career record of 314-255, finished with 3,554 strikeouts and used a pitching style where he doctored baseballs or made batters believe he was doctoring them. His 1974 autobiography was titled "Me and the Spitter."

After his career, Perry founded the baseball program at Limestone College in Gaffney and was its coach for the first three years.