FOX 29's Shawnette Wilson has more on the act of generosity.

PHILADELPHIA - A local hairstylist is helping out women and girls dealing with hair loss.

"Happy birthday to you," sang the crowd. Most children dream of having a birthday party where they blow out candles and make a wish. However, if you look closely at a cell phone video and you'll understand why 4-year-old Zurri Becoat's wish is different than other kids 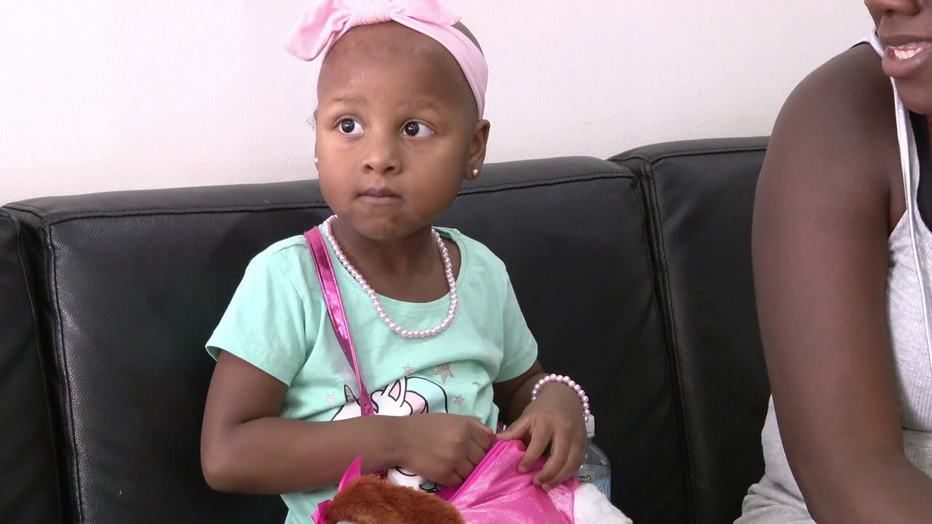 “It was like patches everywhere. Then, it started thinning and coming out,” said Keeshia. A dermatologist diagnosed this adorable dimple-faced little girl with alopecia, which is a condition that attacks the hair follicles.

“It’s been really stressful because she sees little girls with ponytails and hair and she wants hair,” said Keeshia.  Zurri's wish is about to come true.

“A unit is a wig but it’s more natural for them. It parts, push it back, wet and go or put it in a ponytail. Whatever you want to do," said Sahiyah. She posted on social media that she's giving away 10 hair units to women who suffer from hair loss.  A message about Zurri with her picture attached brought Sahiyah to tears.

“Because she’s 4. You’re not expecting a child to go through that but she gives me confidence because she’s little and got more strength than anybody," said Sahiyah. Her inspiration is her grandmother Sara who is a two-time cancer survivor. Sara is proud of how her granddaughter is helping others dealing with hair loss.

“I think it’s fantastic because when I went through the cancer and they sent me to various shops to get hair I couldn’t get it,” said Sara.

On Friday, Keeshia watched as Sahiyah measured her baby girl for the hair unit she'll get Sunday.

“I’ll probably break down. I don’t’ know because it’s been a stressful journey for us,” said Keeshia.

This Sunday at the salon Zurri and nine women chosen by Sahiyah will be surprised with their hair units. They'll have a makeover, food and live music. Sahiyah is doing all of this for free by donating and installing the hair units.