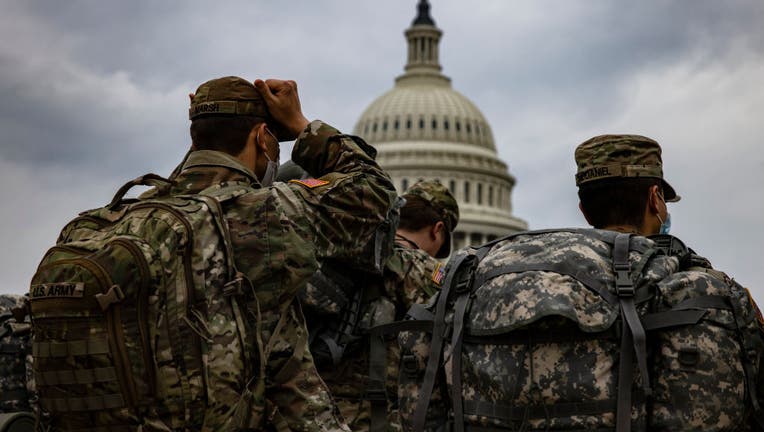 WASHINGTON, DC - JANUARY 15: National Guard soldiers prepare for their guard shifts at the U.S. Capitol building on January 15, 2021 in Washington, DC. Due to security threats following last week's storming of the U.S. Capitol by a pro-Trump mob, law

Pennsylvania will double the number of National Guard members it's sending to help secure Washington after the violent riot last week in which angry supporters of President Donald Trump stormed the U.S. Capitol.

Gov. Tom Wolf announced Friday he was sending about 1,000 more to help with the inauguration of Democrat Joe Biden on Wednesday. He had previously deployed about 1,000 to Washington.

Wolf has also called up about 450 Guard members to protect the Pennsylvania Capitol in Harrisburg and other possible targets of unrest. The FBI has warned of the potential for armed Trump supporters to cause trouble at state capitols around the country on Sunday and in the following days.

Police said Thursday their plans to defend the Pennsylvania Capitol include blocking off streets in Harrisburg and the use of helicopters, drones and horse-mounted officers.

Thigh-high plastic pedestrian barriers have been erected outside the Capitol Complex, which Wolf has closed Tuesday and Wednesday. Monday is the Martin Luther King Jr. Day holiday.