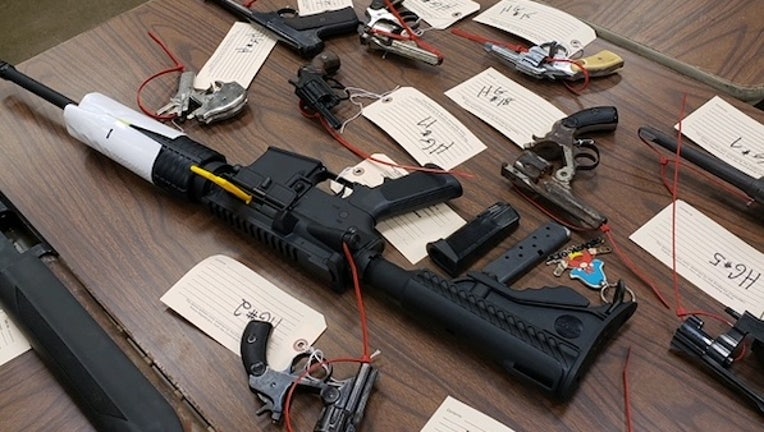 PHILADELPHIA - A gun buyback event Saturday in Philadelphia collected more than 150 firearms in exchange for grocery store gift cards, according to city officials.

The buyback event comes a day after Philadelphia leaders gathered near the Olney Transportation Center where eight people were wounded a week earlier to call for action against the scourge of gun violence.

"The Pennsylvania General Assembly has not only refused to enact common-sense gun regulations at the state level. It also continues to block cities from enacting their own local gun laws," Mayor Jim Kenney argued.

Gun violence has continued to plague Philadelphia nearly two months into 2021. According to the Philadelphia Police Department, there have been 76 deadly shootings this year. That is a 33% increase in homicides from the same point in 2020, which saw just under 500 shooting deaths.