In June 2018, an extra lithium-ion battery in the side pocket of his cargo pants exploded -- resulting in serious burns.

CLEVELAND, Ohio - A Cleveland man was badly burned after the battery for his vape device exploded in his pocket.

Nader Harb had recently switched from smoking cigarettes to using a vape pen, according to his attorney Tom Merriman. While at work in June 2018, he had an extra lithium-ion battery in the side pocket of his cargo pants.

“He wasn’t smoking at the time, he was working, and it literally just exploded in his pants,” Merriman explained. “There was this flash and then he was on fire.”

Harb was able to put out the fire and was treated at MetroHealth's burn unit in Cleveland, suffering between second and third degree burns, Merriman said. The burn on his thigh was described as “the size of a volleyball.” 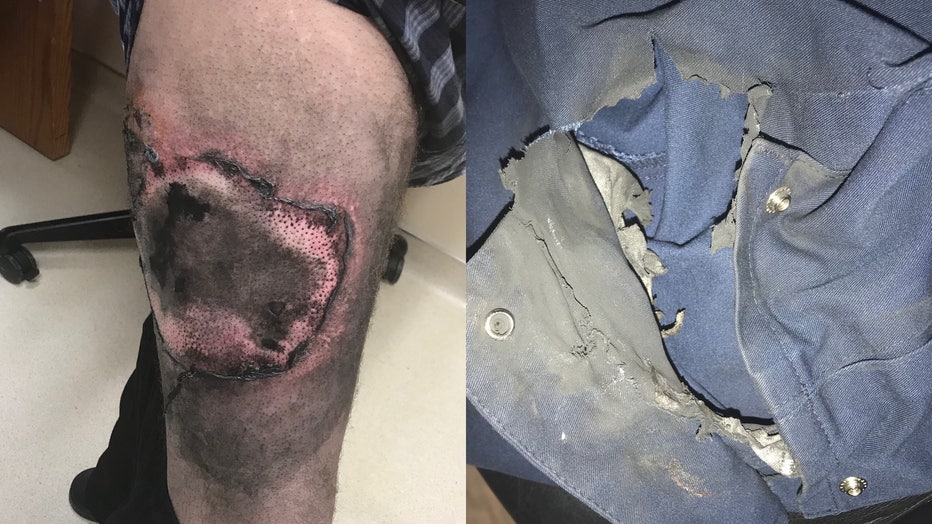 “Like a lot of people, he was trying to be healthier by not smoking tobacco and thinking this is safer, and winds up getting pretty seriously burned,” Merriman of Landskroner Grieco Merriman said.

Merriman said Harb’s situation was unique because the battery exploded while it was sitting in his pocket, rather than while being used like other instances in the news — including the story of a 17-year-old Nevada boy whose jaw was shattered when a vape pen exploded in his mouth. In that incident, the blast was so strong, it cracked the teenager’s jaw and knocked out some of his teeth.

Harb is now suing the battery maker, LG Chem, and the local retailer, Cleveland Vape, under the Ohio Product Liability Law. Neither company immediately returned a request for comment.

Merriman pointed out to the lack of regulation in the market.

“It just raises a lot of questions about these batteries and how they’re manufactured, how they’re designed,” Merriman said. “We believe that this battery is a legitimate, genuine LG Chem-manufactured battery, but there’s a lot of knock-offs that are coming in from China and other third-world countries, and there’s no regulation at all.”

The FDA is aware of vape pen explosions and is “collecting data to help address this problem,” the agency states on its website. Victims of a vape pen explosion or any other unexpected safety issue can report it online.