Hearse parade in Philadelphia calls attention to violence, opioid use, and the toll of coronavirus

Bill Anderson was at the hearse parade over the weekend which traveled through Philadelphia to raise awareness for gun violence and reminded people to vote.

PHILADELPHIA - A hearse parade through the streets of Philadelphia over the weekend served as a grim reminder of the human toll of gun violence, COVID-19, and opioid abuse.

On Sunday, thirty funeral directors held the parade of hearses along the streets of North Philadelphia.

The directors set out to send a strong message about what senseless death looks like, and how a moment of anger and indifference can lead to a lifetime of consequences. 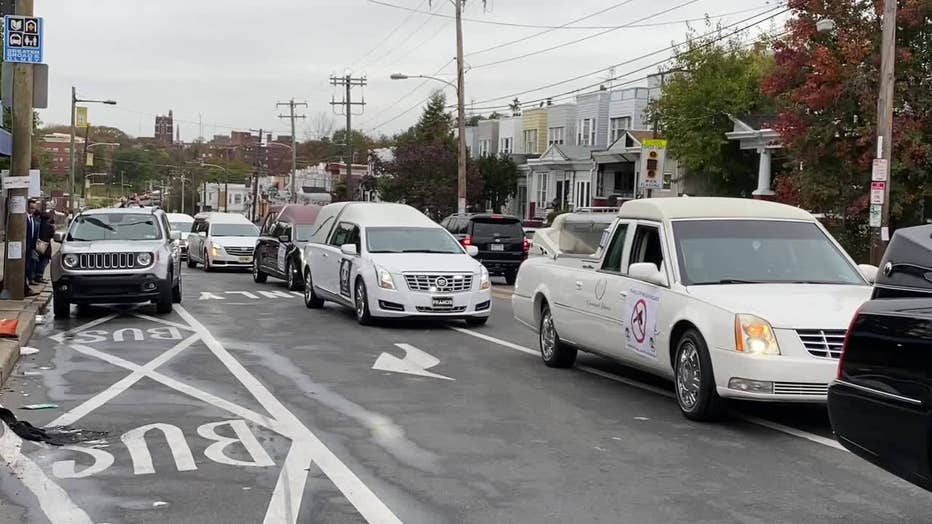 The caravan took to the streets for several hours Sunday. While some say the scene may have been morbid and shocking, organizers say they don't want their message to quickly be forgotten.

"We need this image to burn in the minds and in the hearts of those that are going to witness this. We need it to be a wake-up call, so you may think about it before your pull that trigger," one organizer told FOX 29's Bill Anderson.