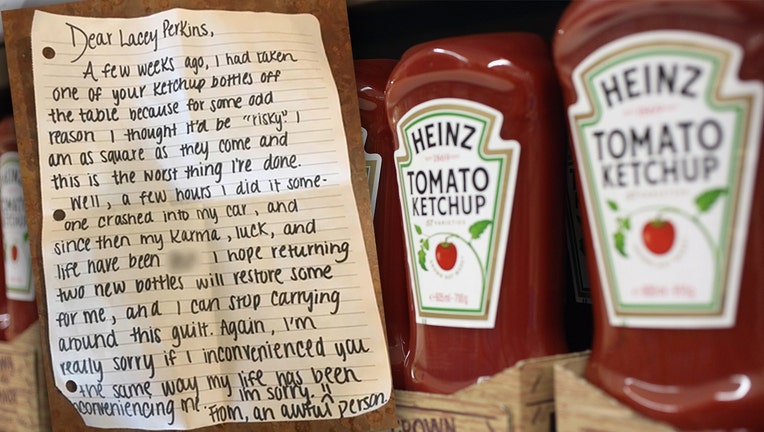 LACEY TOWNSHIP, N.J. - Heinz is helping the person who was hit by guilt and bad fortune after stealing a bottle of ketchup from a restaurant in New Jersey.

The so-called "Ketchup Thief" earlier this month left two new bottles of the condiment along with a note saying the person had stolen the ketchup because it would be "risky." However, the person's car was struck a few hours later and the person's "karma" took a turn for the worse.

The person hoped luck would be restored by leaving two new bottles.

Heinz, writing on Twitter, said "Heinz makes you do crazy things." The Pittsburgh-based company offered to help the reformed thief pay for the car damage without revealing the person's identity.

Heinz posted on Friday that it found the person.