A Delaware County family is thanking a homeless musician who stepped in and used his guitar to soothe their son, who has autism, while he was upset outside of a Wawa late last week.

BRYN MAWR, Pa. - A Delaware County family is thanking a man who stepped in with his guitar to help sooth their son, who has autism, while he was upset.

Richard Grudzinski had taken to 'The Havertown Community Group' Facebook page over the weekend, looking to thank the kind-hearted bystander.

"To the man who was playing guitar for my autistic son outside the Bryn Mawr Wawa while my fiancé had him in her arms because he was having a meltdown I say thank you," Grudzinski wrote. "I wish I knew who you were so I could thank you in person with tears in my eyes because I'm overjoyed at the love and attention you showed him helping him calm down."

Monday morning, on Good Day Philadelphia, Richard was finally able to meet the man he calls a "hero." 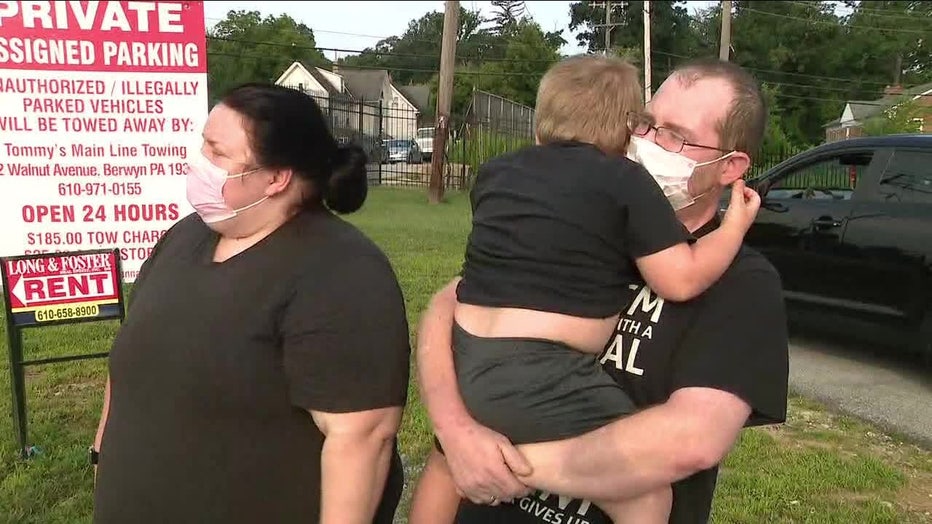 FOX 29's Bill Anderson was there as Richard, his wife Crystal, and their three-year-old son Mason met Matt Atwood, the kind-hearted stranger who stepped in that day.

Atwood, who is homeless, says he was in the area and saw Mason having a tough time, so he decided to do something to help. His guitar quickly came to mind.

"I just play him a little Hank Williams tune, you know? 'Lost Highway' is the name of the song, and it's a nice soothing song. I guess it helped him calm down," Atwood said. "It just made me feel really good to be able to do something to help." 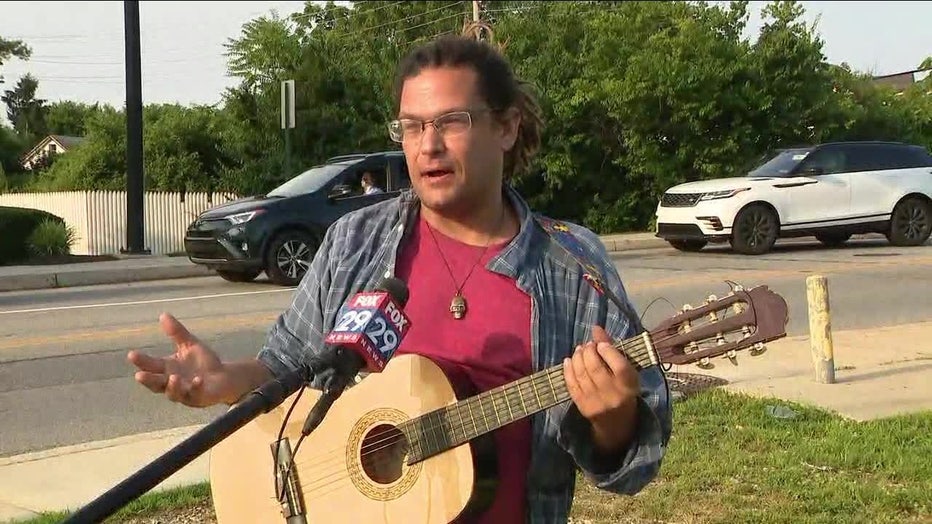 Grudzinski says his wife told him what happened later, and he felt the need to meet and thank him. After he posted the story on Facebook, and was floored by the response his post got.

Soon after the post, the Grudzinski's learned that Atwood has been dealing with his own challenges, including homelessness. Now they and other members of the community are looking for ways to return the selfless favor.