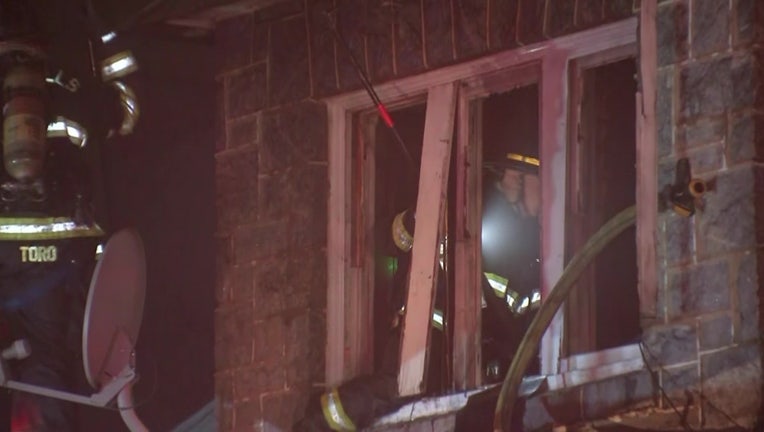 Bristol Township Fire Marshal Kevin Dippolito said a house fire that sent at least one person to the hospital was intentionally started.

BRISTOL TOWNSHIP, Pa. - A fire that torched a Bucks County residence with no working smoke alarms and sent at least one person to the hospital was intentionally started, according to fire investigators.

Firefighters were called to a property on the 800 block of Main Avenue just before 1 a.m. Thursday morning for reports of a fire. Officials said the home is divided into three separate living areas and did not have working smoke detectors.

A woman escaped the blaze by exiting a second-story window onto the roof of the porch where she was rescued by firefighters from the Croydon Fire Company, according to officials.

Another resident jumped from a second-floor window and was taken to Frankford Torresdale Hospital for smoke inhalation and injuries from the fall. Officials have not provided an update on the man's condition.