K9 'Diesel' was on the ground at the Carlton Reserve on Thursday, trying to sniff out the location of Brian Laundrie.

NORTH PORT, Fla. - The K9 unit at Pasco County Sheriff's Office has joined in on the search for Brian Laundrie, the sole person of interest in the Gabby Petito case.

The agency said Thursday that they are assisting North Port police, the Sarasota County Sheriff's Office and FBI at the Carlton Reserve. "K9 Diesel" is trained to detect human remains, officials said.

"It's important to note that the K9 trainer drives a vehicle that says 'Arson Investigation' on it, but they have not requested our arson K9 or investigators. This trainer simply helps train our HRD K9s," according to a statement by the sheriff's office.

The K9 involved is handled by a Pasco County forensic investigator. 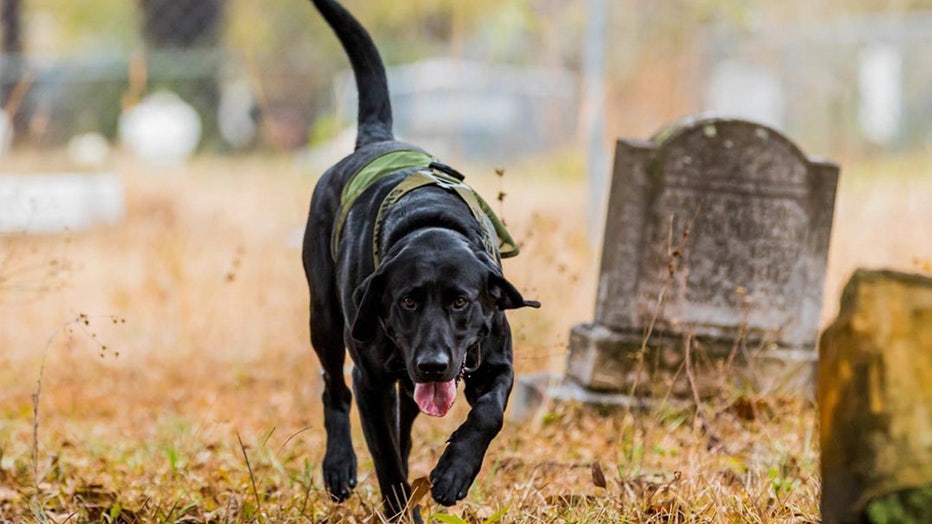 The view from SkyFOX showed the team on the ground in the preserve Thursday afternoon.

Brian remains missing, despite several weeks of searching in Sarasota County. One week ago, Brian's dad, Chris, spent three hours with investigators at the Myakkahatchee Creek Environmental Park, where the family thinks Brian was heading before he disappeared.

READ: Gabby Petito's cause of death ruled strangulation; body was outside up to 4 weeks, Wyoming coroner says

Brian has not been named a suspect, but he is wanted on a federal warrant for unauthorized use of her card. When the FBI announced the charges last month, they said a Capital One Bank card was used between Aug. 30 and Sept. 1, taking more than $1,000.

Brian’s family reported him missing on Friday, Sept. 17, saying they believed he left home on Tuesday, Sept. 14 in his silver Ford Mustang. However, last week, his parents backtracked, saying they now believe the day Brian left for his hike in the Carlton Reserve on Monday, Sept. 13.

Now that the Teton County, Wyoming coroner, Dr. Brent Blue has determined through autopsy that Gabby Petito was killed by strangulation and that her death was a homicide, the question of who killed her remains.

This week, the coroner in Teton, Wyoming revealed Gabby died by strangulation. Dr. Brent Blue revealed that it was estimated Gabby had been killed 3-4 weeks before her body was discovered, meaning she was likely killed shortly after August 25 when she made her last FaceTime call to her mom and her final social media post.

Investigators are still asking the public for help in locating Brian. They say he is a white male, 5-foot-8 and weighing 160 pounds. He has brown eyes, very short brown hair, trimmed facial hair, and was last seen wearing a hiking bag with a waist strap.