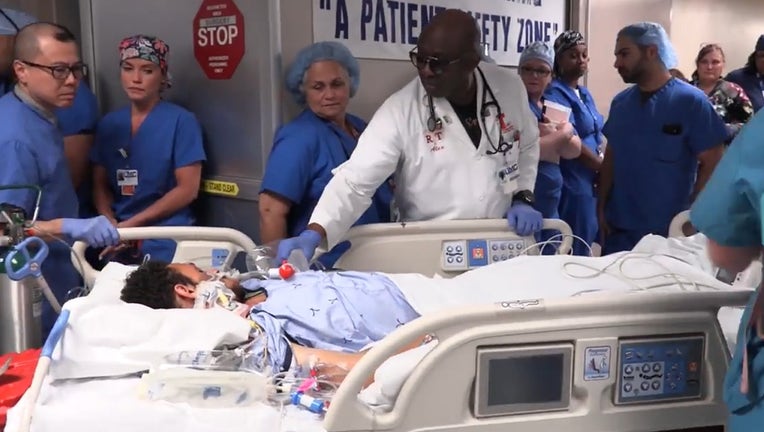 LAS VEGAS, Nev. - A teenage organ donor killed in a tragic accident was honored by hundreds of hospital staff members as he was led down the hallway on his final journey.

The University Medical Center of Southern Nevada hosted their very first Honor Walk on May 23 in recognition of 18-year-old Michael Sigler. Sigler was killed in a motorcycle accident and according to the hospital, it was his wish to be an organ donor if something should happen to him.

"In tribute to Michael's noble and selfless decision to be an organ donor, UMC hosted its first-ever Honor Walk," the hospital wrote in a video posted to Facebook.

Hundreds of team members from every department in the hospital lined the hallways as Sigler was wheeled to the operating room with his family by his side.

Afterwards, balloons were released outside in his memory.

"Thank you, Michael, for being a true hero."