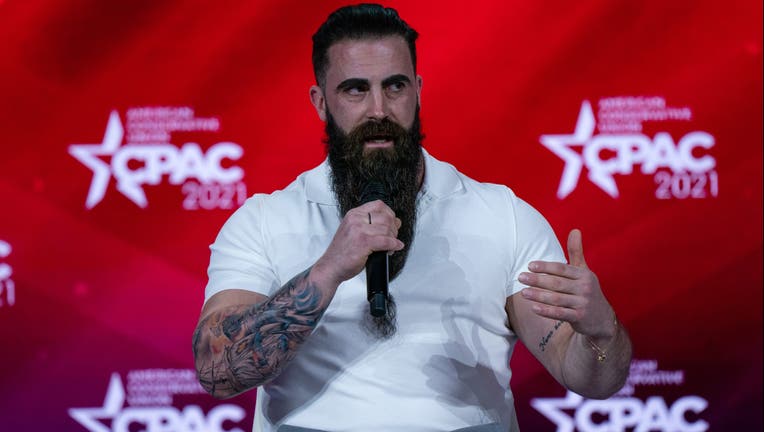 BELLMAWR, N.J. - The owner of a New Jersey gym that made headlines during the COVID-19 pandemic for defying the state's lockdowns now says he will be running for Congress.

Ian Smith, co-owner of Atilis Gym in Bellmawr, posted on social media over the weekend that he will formally announce his campaign for Congress on Thursday.

"I am truly excited to have the possibility to serve the people of NJ with a platform focused on liberty, small government, and America First policies," Smith tweeted.

Smith says he will be running in New Jersey's 3rd congressional district, which stretches from suburbs just east of Philadelphia to the Jersey Shore.

Smith and his business partner, Frank Trumbetti, refused to shutter their gym in accordance with Governor Phil Murphy's orders closing nonessential businesses during the pandemic.

The legal battle between New Jersey and Atilis dates back to late May 2020 when the gym first skirted the state's order that shuttered gyms and fitness centers.

After that, New Jersey took extreme measures to quell the gym's attempts to reopen including daily fines, arresting both owners, and suspending their business license.

Smith has since grown into a central figure for those opposing lockdowns and mandates, and remains outspoken about those issues on his social media platforms.

In his announcement, Smith says he will stand for "people, not polticians."

"For too long, good people have not gotten involved in politics - whether that is because the establishment won’t open the door for them or they don’t want to participate in the foul world of politics. More than anything, this needs to change. And I will be a part of that change," Smith wrote on Instagram.

During his run, Smith is sure to face questions about his past after he pleaded guilty in a fatal drunk driving crash more than a decade ago.

The case came back into the light in 2020, when Smith became outspoken about the lockdown. The case's resurfacing prompted Smith, then 20, to address the incident, that killed 19-year-old Kevin Ade, on social media.

In the post, Smith said he accepted responsibility for the incident, and that 'hatred' and 'resentment' toward him was 'justified.'