SAN JOSE, Calif. - Shortly after Joe Biden was sworn in as president of the United States, immigrant righs activists took to the streets in such places as San Jose, Sacramento and Seattle to demand fixes to a broken immigration system, with some calling for the abolishment of ICE.

On Wednesday afternoon, dozens of undocumented families and immigrant rights organizations took part in a "Caravan for Justice" in San Jose. Activists demanded "legalization for all."

"We want to pressure the new administration since Day One, so they don't forget about the undocumented immigrants," said one of the organizers, Gabriel Manrique. "We've been here before, the Democrats promising immigration reform, especially when Obama was president, nothing happened. So we want to start pressuring them so it happens in the first 100 days."

Immigrant rights activists say they're also pushing for the closure of detention centers, and an end to deportations, and the separation of families at the border.

There were also protests Wednesday in front of the Capitol building in Sacramento. Many protesters were dressed in black, carrying shields and helmets. Some held Black Lives Matter flags. Some chanted, "No cops. No prisons." They, too, called for the abolishment of ICE.

Security was tight around the Capitol grounds, and, no major incidents are reported.

In Seattle, there was a similar scene, but there, buildings got damaged, and several people were arrested during violent protests.

Protestesters attacked the ICE building, the federal courthouse used by the Ninth Circuit Court of Appeals and several businesses.

Protests in Sacramento over ICE

Protests were held in Sacramento to abolish ICE

The Biden administration has so far not signaled that ICE would be abolished, however, shortly after being sworn in, Biden introduced a proposal that would create an eight-year pathway to citizenship for millions of immigrants, set up a processing program abroad for refugees seeking admission to the U.S. and push toward using technology to monitor the border.

With an eye toward discouraging a surge of immigrants toward the U.S.-Mexico boundary, the package’s route to citizenship would only apply to people already in the U.S. by this past Jan. 1. But it omits the traditional trade-off of dramatically enhanced border security that’s helped attract some GOP support in the past.

But just as liberals are not happy with what they see as Biden's inaction, Republicans are upset, too.

Republican lawmakers and conservative groups oppose Biden's plan, seeing it as massive amnesty for people in the U.S. illegally, underscoring that the measure faces an uphill fight in a Congress that Democrats control just narrowly. 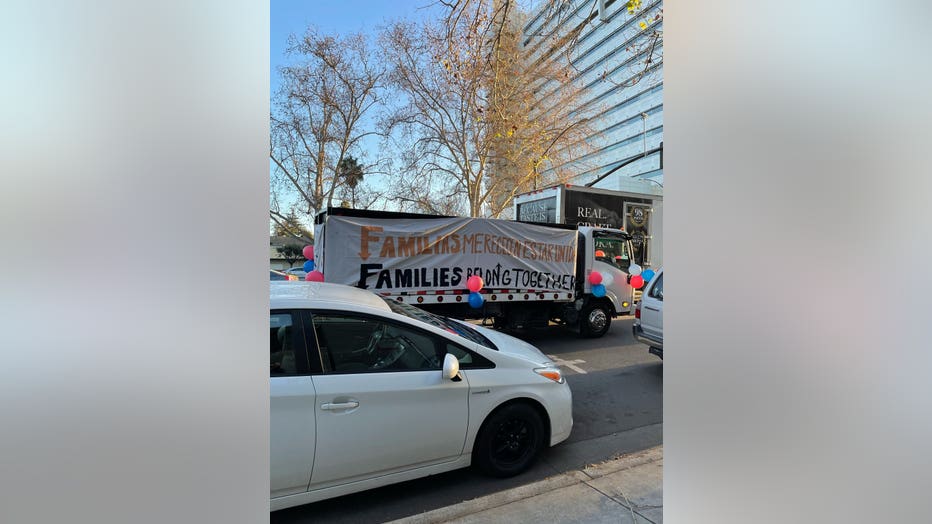 On inauguration day, the Legalization for All Campaign mobilized hundreds of undocumented families, and 40 immigrant rights organizations, in a caravan to demand more from the Democratic party. Jan. 21, 2021