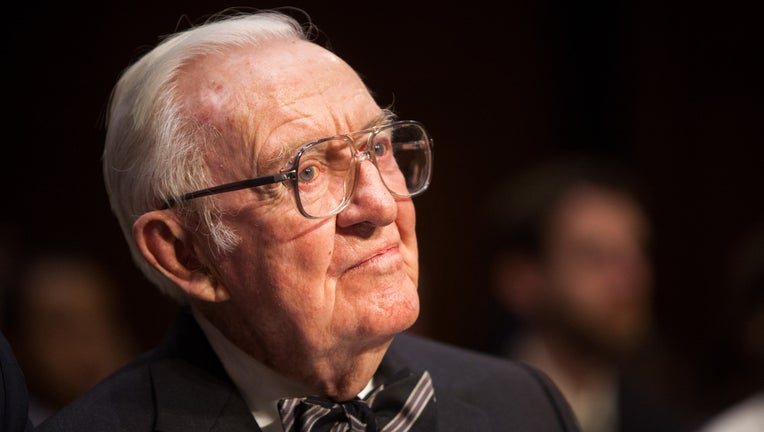 WASHINGTON - Retired Justice John Paul Stevens will be laid to rest at Arlington National Cemetery during a private funeral planned for Tuesday.

The 99-year-old former Supreme Court justice died last week in Florida. He served on the high court for nearly 35 years, retiring in 2010.

Stevens served in the Navy during World War II before attending law school. A graveside ceremony is expected to include Navy pallbearers and a rifle salute. The area of the cemetery where he is being buried is also the final resting place of other former justices.

On Monday, five current justices and retired Justice Anthony Kennedy were present as Stevens' casket arrived at the Supreme Court. After a brief private ceremony, members of the public were allowed to file by and pay their respects.