WASHINGTON - After a dramatic, three-day session, the House Judiciary Committee approved two articles of impeachment against President Donald Trump on Friday — sending the charges to the full House for an expected vote next week.

The abuse of power charge stems from Trump's July phone call with the Ukraine president pressuring him to announce an investigation of Democrats as he was withholding U.S. aid. The obstruction charge involves Trump's blocking of House efforts to investigate his actions.

The vote in the House panel was split along party lines, with 23 Democrats voting in favor and 17 Republicans opposed. 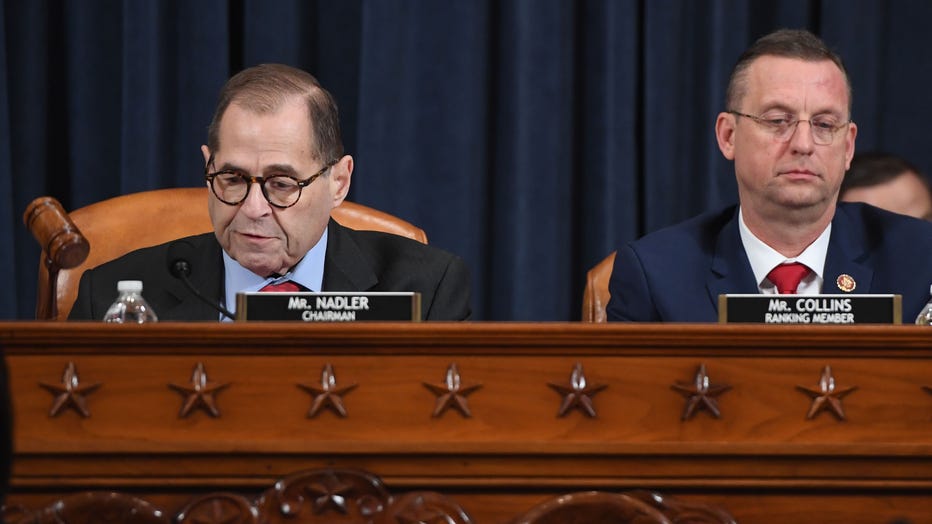 Voting came quickly after two days of hearings at the Capitol and a 14-hour session that was abruptly shut down late Thursday when the Democratic majority refused to be forced, after a long and bitter slog through failed Republican amendments aimed at killing the impeachment charges, into midnight voting.

Instead, the impeachment charges against Trump were aired in full view of Americans.

Chairman Jerrold Nadler, D-N.Y., who had said he wanted lawmakers to “search their consciences” before casting their votes, gaveled in the landmark morning session.

Early Friday, Trump took to Twitter to praise the panel's Republicans, saying “they were fantastic yesterday.”

“It always helps to have a much better case, in fact the Dems have no case at all, but the unity & sheer brilliance of these Republican warriors, all of them, was a beautiful sight to see,” the president tweeted. “Dems had no answers and wanted out!”

Trump is accused, in the first article, of abusing his presidential power by asking Ukraine to investigate his 2020 rival Joe Biden while holding military aid as leverage, and, in the second, of obstructing Congress by blocking the House's efforts to probe his actions. 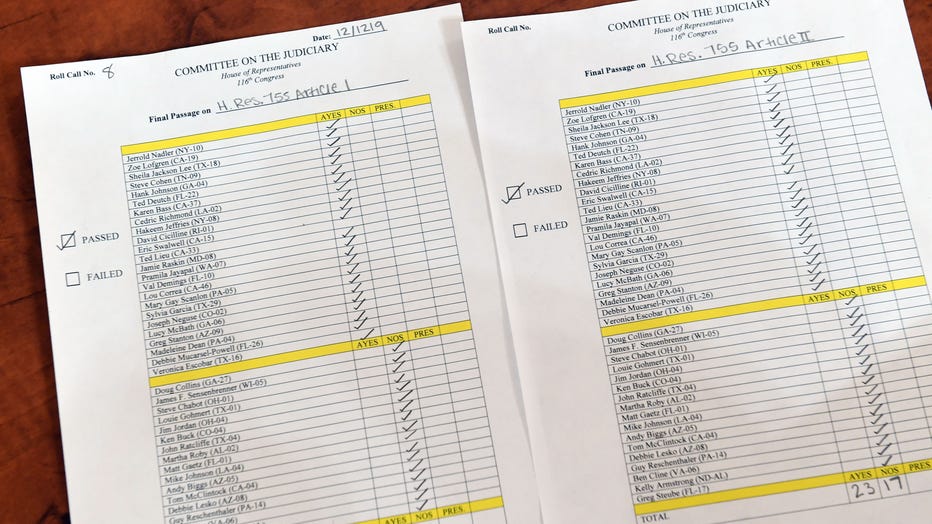 The vote count sits on a desk at the House Judiciary Committee as members voted on House Resolution 755, Articles of Impeachment Against President Donald Trump, on Capitol Hill in Washington, D.C., on Dec. 13, 2019. (Photo by SAUL LOEB/AFP via Getty

Trump is only the fourth U.S. president to face impeachment proceedings and the first to be running for reelection at the same time. The outcome of the eventual House votes pose potentially serious political consequences for both parties ahead of the 2020 elections, with Americans deeply divided over whether the president indeed conducted impeachable acts and if it should be up to Congress, or the voters, to decide whether he should remain in office.

Speaker Nancy Pelosi sounded confident Thursday that Democrats, who once tried to avoid a solely partisan effort, will have the votes to impeach the president without Republican support when the full House votes. But she said it was up to individual lawmakers to weigh the evidence.

“The fact is we take an oath to protect and defend the Constitution of the United States," Pelosi told reporters. "No one is above the law; the president will be held accountable for his abuse of power and for his obstruction of Congress.”

The president insists he did nothing wrong and blasts the Democrats' effort daily as a sham and harmful to America. Republican allies seem unwavering in their opposition to expelling Trump, and he claims to be looking ahead to swift acquittal in a Senate trial.

The House is expected to vote on the articles in the days before Christmas. That would send the impeachment effort to the Senate for a 2020 trial.