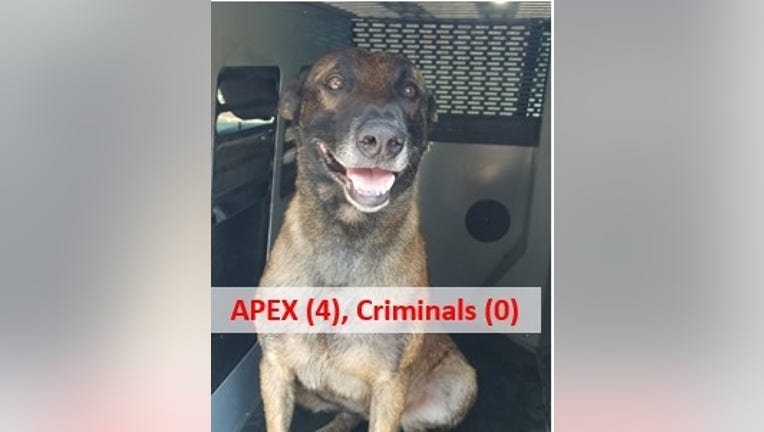 MARIETTA, Ga. - A police dog in Marietta is being praised after he helped officers track down car theft suspect.

Police say the driver of a stolen Porsche crashed the car in the express lane entrance of Roswell Road trying to get away from law enforcement.

The man ran from the scene, but officers quickly caught up with him.

K-9 Apex found the man hiding under a trash can behind a nearby business.

"Yes, under a trash can ... with his feet still sticking out ... you just can't make this stuff up," the Marietta Police Department said.

The man, who police say is a fugitive from Stone Mountain, is now in the Cobb County Adult Detention Center and will face charges from at least three jurisdictions including kidnapping, false imprisonment, stolen auto, hit and run, failure to appear, and a "laundry list of traffic-related violations."

This is Apex's fourth track and successful capture in the last 30 days.

"His handler, Officer Lukaszewicz said it will definitely be steak for dinner," the Marietta Police Department said.