COCOA, Fla. - The Brevard Sheriff's Office says a suspect cut a hole in a bed box spring, in an attempt to elude deputies.  However, a police K-9 was able to pick up Acasia Fascaldo's scent, and she was taken to custody.

Fascaldo, 25, was wanted for three counts of probation violation.  She was recently featured in the popular "Wheel of Fugitive" Facebook segment, hosted by Sheriff Wayne Ivey.

Someone recognized the suspect and called in a tip that she was at an area motel on A1A.  Officer Brian Delos Santos was in the vicinity with K-9 Kyra and decided to check out the room number that the tipster had shared.

Deputies say the hole she made for herself in the bed was clever, but K-9 Kyra knew she was in there. 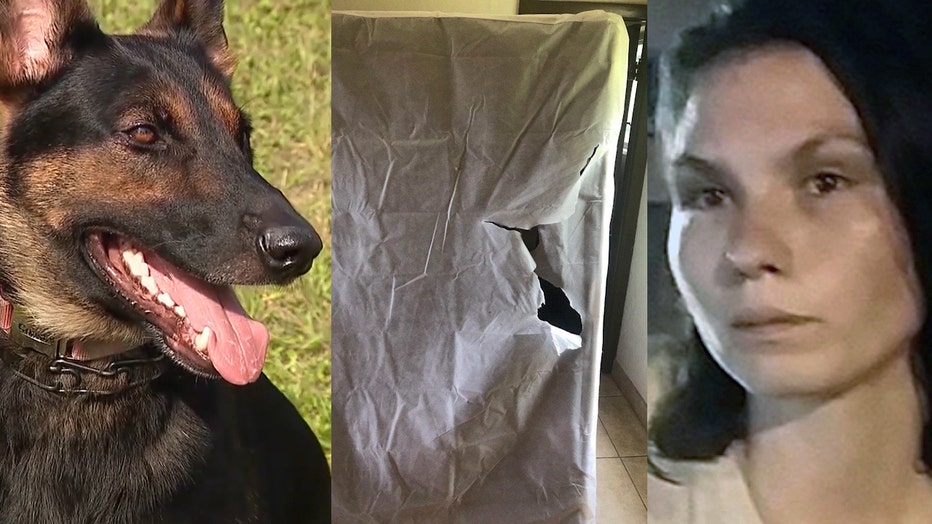 Sheriff Ivey says the beds in the county jail don't have box springs. He says this is an example of how his social media shtick works and the public is highly engaged.