TRENTON, N.J. - In Mercer County, a K9 is praised for helping take an alleged drug dealer off the street. Sgt. Joe Angarone says his K9 Bela sniffed out 11,000 bags of heroin, closing a month long investigation.

“He was thorn in the side of citizens and he had a lot of narcotics,” said Sgt. Angarone.

With court approved search warrants, the Mercer County Narcotics Task Force looked around two Hamilton homes they believe Capellan operated. They found over $19,000 in cash, but no drugs. 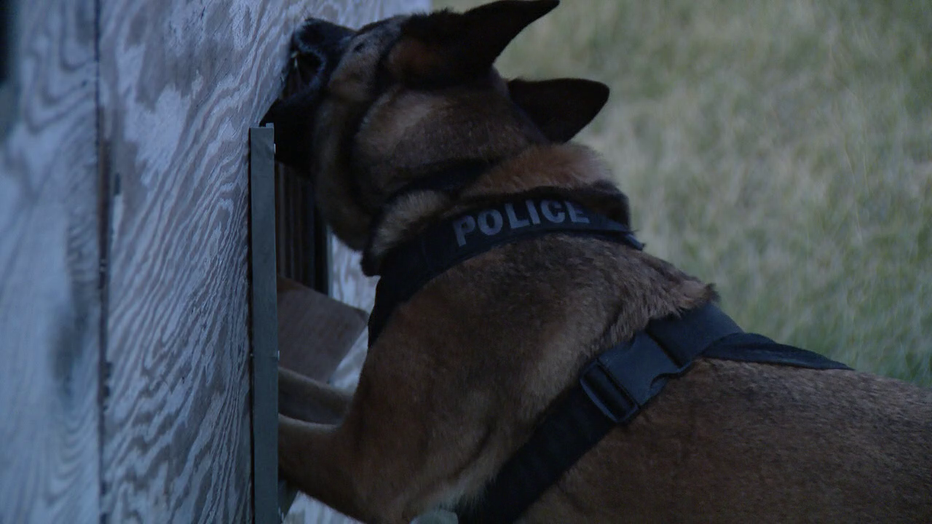 “She is very valuable. There’s a chance that if we didn’t have her or another narcotics dog there, we would have never found the narcotics,” Sgt. Angarone stated.

RELATED: Hamilton man arrested after task force discovers over $100K in heroin on his property

The K9 sniffed out drugs inside a car that wasn’t on the radar of the task force. The team then got a search warrant to enter the car and found over 11,000 bags of heroin, 50 grams of fentanyl and three grams of marijuana.

At the Mercer County Prosecutor’s Office K9 Training Facility, Sgt. Angarone runs through a drill where Bela finds weed stashed behind a wall. The prosecutor’s office uses some of the money seized in big busts to fund the facility and buy equipment, training dogs and taking more drugs off the street.

Sgt. Angarone says she is a good dog and even better detective.