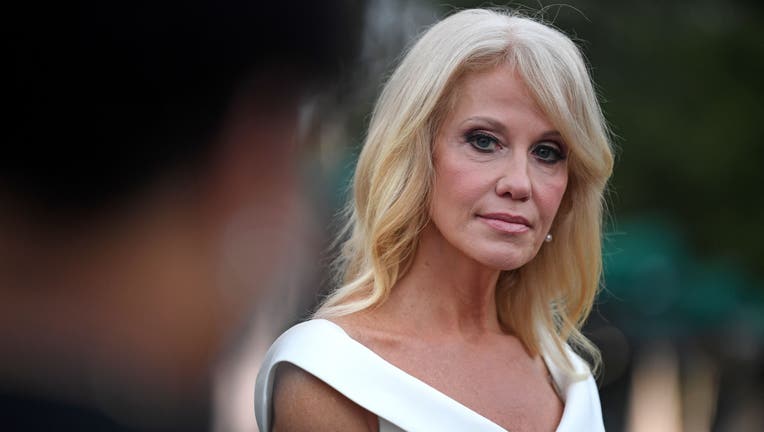 Counselor to the President Kellyanne Conway speaks with the press at the White House in Washington, DC on August 26, 2020. - Conway, a long-serving advisor to President Donald Trump known for sparring with reporters, announced August 23, 2020, she wi (Getty Images)

WASHINGTON D.C. - Kellyanne Conway announced on Twitter that she tested positive for COVID-19.

The former Counselor to the President says her symptoms are mild and that she has a light cough.

"I'm feeling fine. I have begun a quarantine process in consultation with physicians."

Conway's 15-year-old daughter appeared to break the news of her mother's positive diagnosis on TikTok.

This comes a day after President Trump and Melania Trump tested positive for COVID-19, as well as Trump's top aide, Hope Hicks.

Conway was at the White House on Saturday for President Donald Trump’s announcement that he had nominated Judge Amy Coney Barrett to the Supreme Court.

The president has since been transported to Walter Reed Medical Center in Maryland as a precautionary measure after he began to exhibit mild symptoms.

Prior to his helicopter ride to the hospital Friday afternoon, Trump recorded a video in which he informed the public that he was “doing very well.”

Conway, 53, announced in late August that she would be leaving the White House at the end of the month. The move followed media reports about online posts by at least one of her four children with her husband, attorney George Conway.

Conway's Friday message left unclear whether her husband and children had tested positive for the virus.

Dom Calicchio of FOX News contributed to this report.

This story was reported on from Phoenix, Arizona.