Man, 20, dies after being shot nearly a dozen times in Kingsessing quadruple shooting

FOX 29's Marcus Espinoza has the latest on a quadruple shooting that left a young man dead after police say he was shot 11 times throughout the body Wednesday afternoon.

KINGSESSING - Philadelphia police say a man was shot nearly a dozen times Wednesday afternoon when gunfire erupted in Kingsessing and injured three other young people, including a 19-year-old.

Officers from the Philadelphia Police Department were called to the 5500 block of Kingsessing Avenue just after 4 p.m. for reports of a shooting. Police said one shooter is believed to have opened fire and fled the scene.

Police said a 20-year-old was shot 11 times throughout the body and died at Penn Presbyterian Hospital.

Officers drove a 29-year-old man who had been shot five times to the hospital where he was placed in "critical but stable" condition, according to an update from the department. 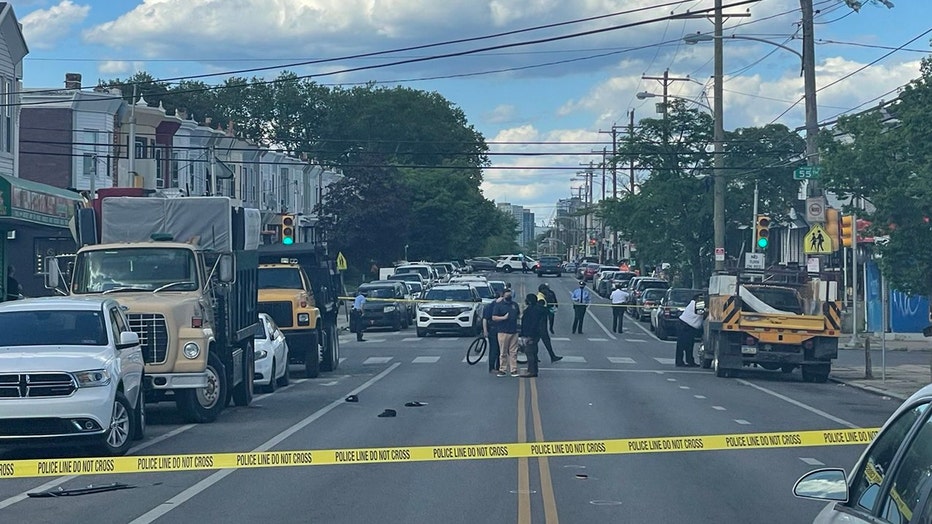 A 23-year-old and 19-year-old were each hospitalized with non-fatal gunshot wounds, police said.

Police say the victims were part of a group of roughly 10 people who had gathered in the area to honor a person who was shot and killed nearby last fall.