Kroger will soon sell avocados, other produce that has triple the shelf life thanks to new science

Kroger has expanded a partnership with California-based Apeel Sciences, a company that has developed a way to slow the rate at which produce rots, doubling and even tripling the shelf life of produce like limes and avocados.

LOS ANGELES - Have you ever been irked by an overripe avocado that you just bought? Kroger has a plan that could change the store-bought produce paradigm.

Kroger has expanded a partnership with California-based Apeel Sciences, a company that has developed a way to slow the rate at which produce rots, doubling and even tripling the shelf life of produce like limes and avocados.

Apeel avocados hit Kroger stores as the company marked the one-year anniversary of their Zero Hunger | Zero Waste initiative. According to Kroger, Apeel avocados have double the ripening time. 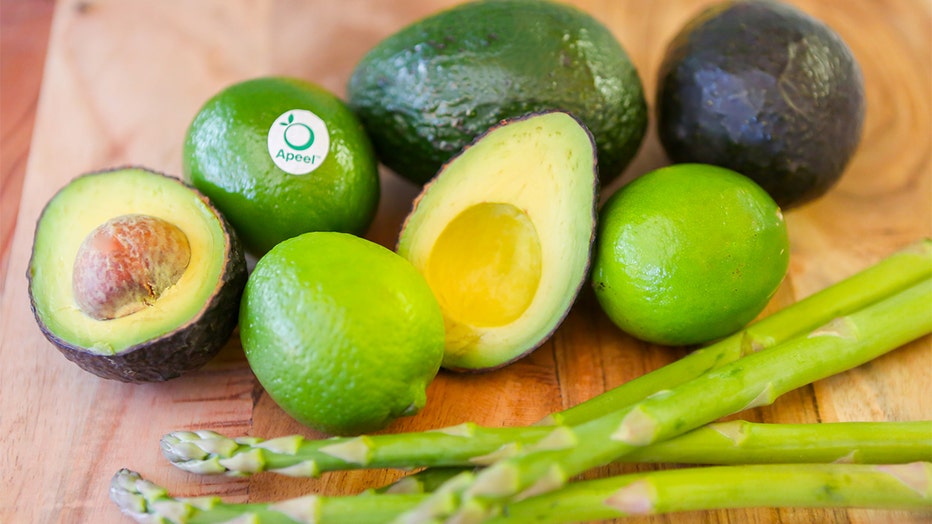 Apeel says they have developed a way to triple the shelf life of produce. (Apeel)

The extended shelf life isn’t limited to avocados and limes, however — it can be enjoyed with other produce this fall.

Apeel says that every plant has a “peel” or natural protective layer that protects it from spoilage. The company added that their “plant-derived technology” is able to provide the produce with an extra later of protection that “slows the rate of water loss and oxidation” which they say is the primary cause of rot.

The company uses a thin “peel” of edible plant-based material that is applied to the surface of the produce, slowing down the rate at which the food ripens and rots.

Apeel released time-lapse video comparing the lifespan of various fruits and vegetables with and without Apeel’s plant-based protective layer.

"Kroger is leading the way to alleviate the food waste crisis at every level, from its supply chain to its retail stores to the homes of over 11 million customers who shop at Kroger every day," said James Rogers, CEO of Apeel Sciences.

Apeel says 40 percent of produce gets thrown out as food waste and contributes to about 8 percent of annual greenhouse gas emissions.

The company tweeted about the expansion on Wednesday, calling it “a no-brainer.”

“Want a no-brainer way to reduce food waste at home? Longer-lasting Apeel produce will soon be available in more than 1,100 Kroger stores,” tweeted the company.

“Apeel's partnership with Kroger is expected to prevent millions of pieces of produce from ending up in a landfill every year,“ the company said.