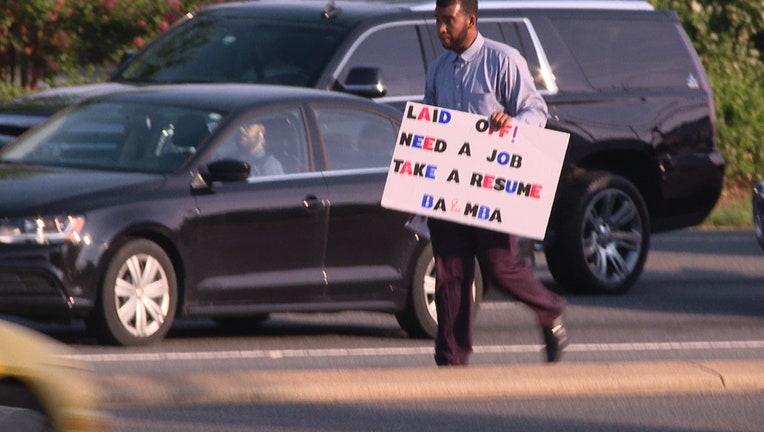 CHARLOTTE, N.C. - A Charlotte father of two is not letting a recent unforeseen job layoff get in the way of finding his next big opportunity and helping his family.

Michael Bridges, 28, said he was laid off after his company decided to downsize. He decided to get creative and made a sign that reads, “Laid off! Need a job. Take a resume. BA and MBA.” 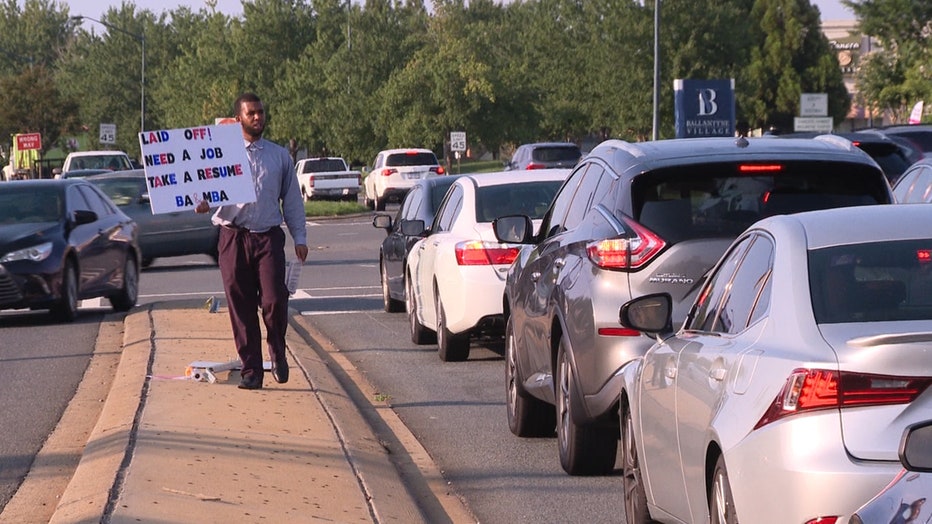 Bridges said he was laid off in June of this year and decided standing with his sign in the heart of uptown could help his chances of landing a new job.

“I have two kids and I don’t want to lose my house to foreclosure,” Bridges told FOX 46.

He’s already had a couple vehicles stop and take his resume.

“I’m very grateful for the people who stopped and sharing it on social media, and very grateful that [they] drove by, and laughed, and kept moving – I appreciate everybody today,” he said.

Bridges said he is even giving out resumes and applying to positions he never thought of before. 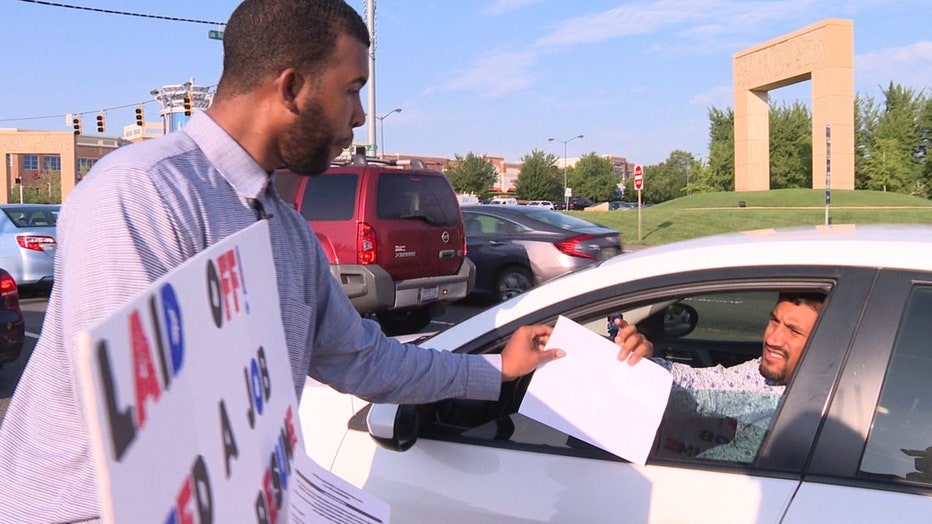 Bridges said he decided to come out to uptown Charlotte with the sign – all for his two children.

Bridges tells FOX 46 that he never thought he would be in this position but he had to put his pride aside and is out there ready for whatever comes next.

“I’ve been a stay at home dad since I can’t afford to put my kids in daycare,” he explained. “All I need is one person. I’ve passed out over 60 resumes. I just need one person today.”

Bridges said he has had so many people try to give him money, but said he doesn’t want their cash, he just wants a job.

“I hope someone sees my determination, if I’m willing to stand out there for a job just imagine what I’m willing to do in a corporate setting,” he said. “I did what America wanted me to do. I went to school got Bachelors and Masters and never thought I’d be out here and struggle to find a job.”

For information on Bridges, please see his resume attached in the photos above. You may also contact him at michaelbridges2009@gmail.com or 919-417-1697 if you’re interested in him as a future employee.