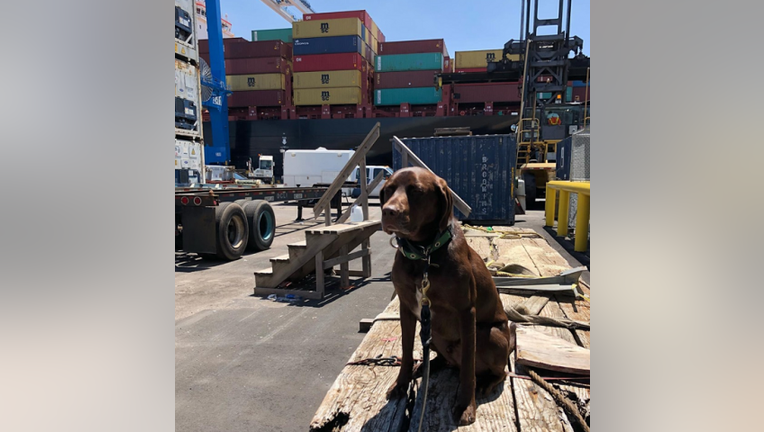 PHILADELPHIA - A Lancaster County Drug Task Force K-9 officer was among a pack of pups that helped sniff out the largest cocaine busts in Philadelphia history.

Bear, a chocolate lab, and his handler, Detective Anthony Lombardo, climbed aboard the MSC Gayane to help agencies detect a payload of cocaine that weighed over 16 tons with an estimated street value of $1 billion. 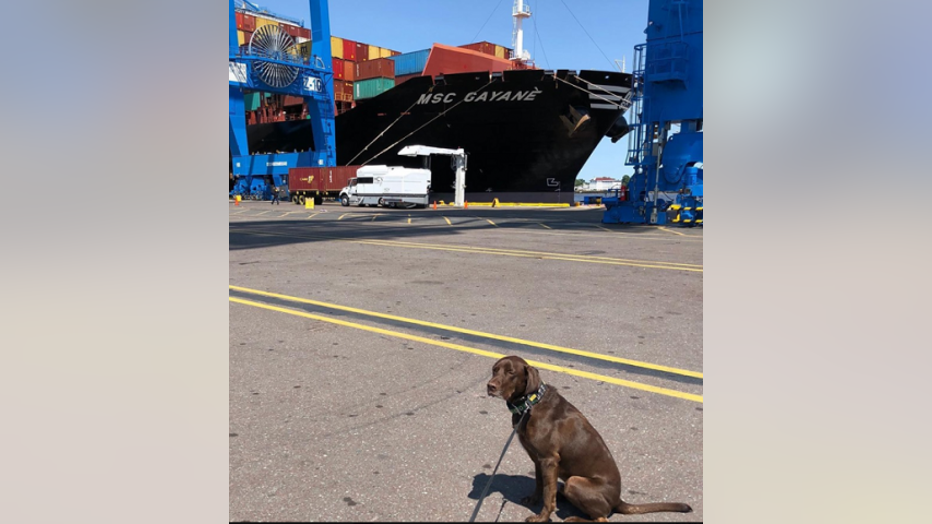 "Bear was initially taken aback by the size of the ship, but settled in and worked effectively," Detective Lombardo said.

Bear and Detective Lombardo worked around the clock aside of other K-9 units that were called to the shipyard to search the over 1,300 foot long vessel.

As a result of the exhaustive police work done by dogs like Bear, police were able to charge several people aboard the ship.

"This was a historic bust and Bear and I were honored to have been part of it," Detective Lombardo said.