ALLENTOWN, Pa. - Early Monday, rain and cold temperatures signaled the first winter storm of the season in the Lehigh Valley and the Poconocs.

Sleet and rain had prefaced the storm on Sunday, prompting officials to begin to prepare safety measures across the area.

“Had some sleet and freezing rain that’s been coming down. We’ve had some roads that have been speed-restricted and restricted for trucks,” said Sean Brown, with PennDOT.

And, it’s only expected to get worse. Snow, to start in the early morning hours, and potentially continue through the day. Roads, now pre-treated, and about 200 plows and trucks are ready to roll.

“If you have to travel, it’s gonna take you a little longer to get where you’re going. Just give yourself more time,” Brown added.

As the rain fell outside, shopping for deals continued inside Christmas Tree Shops. The first anticipated snow of the season made brushes and ice scrapers must-have items.

Brad Sattin reports from Allentown how the area is preparing for the first real taste of winter weather.

“They sold like hot cakes. And, we just refilled them and, now, I can imagine, like an hour before we close, they’re gonna be gone, too,” Ishmael Street explained.

Brooks is shopping in between his snow plowing shifts. He’s already salted three times today. And, now he waits on Mother Nature.

“How many snowfalls do you want this season?” asked FOX 29’s Brad Sattin.

“As many as I can get. Snow every day. Snow an inch every day,” replied Brooks. 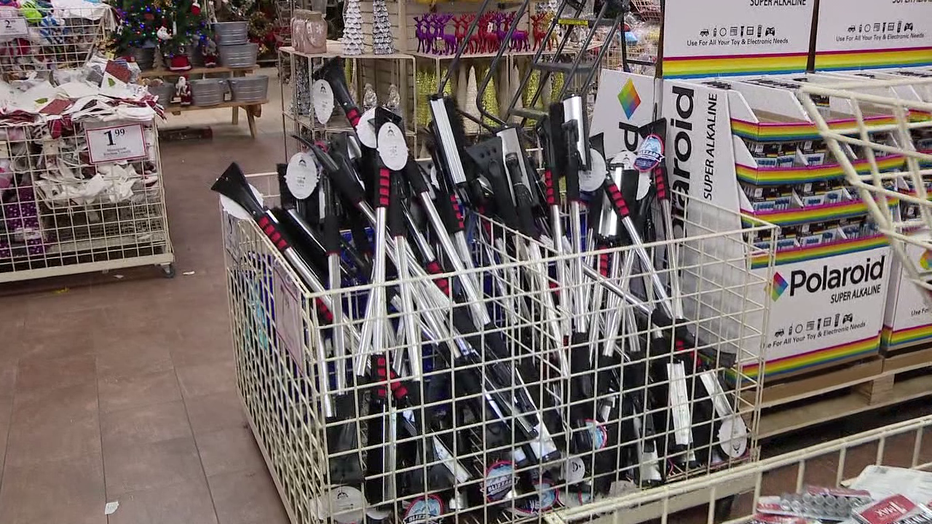 Earl Chai and his brother Rowan decided to get some Christmas shopping in, knowing it won’t happen after the weather takes a turn.

“The roads are slippery right now. It’s cold and slippery. So when it starts snowing, it’s gonna be even worse,” Chai stated.

And, the cancellations are already coming.

“I work for a school and I was just told that school is cancelled for tomorrow,” Rich Simonek said.

How does he feel about extending his long holiday weekend? Just as you might expect.