LOS ANGELES (AP) - To us, fireworks are the sparkling embodiment of July Fourth. But to dogs, they truly are bombs bursting in air.

The pops and explosions, raucous block parties and other loud noises during holiday festivities can scare dogs into leaping over or digging under fences to escape the thunderous blasts, leading them to get lost or injured.

More pets go missing over the Fourth of July weekend than any other time of year, according to the American Society for the Prevention of Cruelty to Animals. Many seasoned animal lovers know to keep their dogs inside, but many pets are still running away or getting killed by cars as they bolt blindly from the noise.

Luckily, social media is helping find increasing numbers of animals or drawing attention to their plight.

The hashtag #Lost4Dogs aims to raise awareness about lost pets with a selfie challenge. It turns the idea of going missing onto people, urging them to post photos on Instagram, Facebook or Twitter wearing signs that say they should be returned to the pets pictured with them. Then, they would challenge others to post a selfie or donate to the American Humane Association, best known for approving animal safety on TV and movie sets.

Whistle Labs Inc., a San Francisco-based maker of pet health and safety devices, is helping lead the campaign because "pets are members of the family, so experiencing only a few moments of loss is traumatic," even if they're found, company co-founder and CEO Ben Jacobs said.

Apps and online programs also actually locate lost dogs, ranging from GPS-enabled collars, which allow owners to track pets from their phones or computers, to apps such as Finding Rover, which uses facial recognition software to match photos of lost dogs to those in shelters. Plus, pet recovery services such as FindToto.com will call area shelters, vets and neighbors for a fee.

These tools can't help all animals - some are so scared they can actually drop dead.

Veterinarians told Wilson that Spencer apparently died of a stroke or heart attack possibly triggered by fear of fireworks. They couldn't find another reason because he had no prior heart condition.

"There wasn't anything I could do," Wilson said. "There must have been something in that sound spectrum that was so upsetting to him that he couldn't get through it. Most people think of dogs running away. He didn't even try to run."

She has three other dogs and won't be taking any chances this year. Beau, Teddy and Tonka will wear shirts that apply calming pressure and listen to music and TV in their favorite places in the house.

The populations of many shelters will increase 30 percent over the holiday weekend, according to the animal safety group Found Animals.

- Get collar IDs and microchips.

- Use a crate or keep animals in a room where they can't flee.

- Crank up music or the television to mask the sound of fireworks.

- Offer chewable toys or treats as a distraction.

- Take a pooch to see fireworks unless it's a noise-trained police K-9 or guide dog.

- Leave them outside, where they jump or dig to escape the yard.

- Approach dogs who look scared because they can attack.

Copyright 2015 The Associated Press. All rights reserved. This material may not be published, broadcast, rewritten or redistributed. 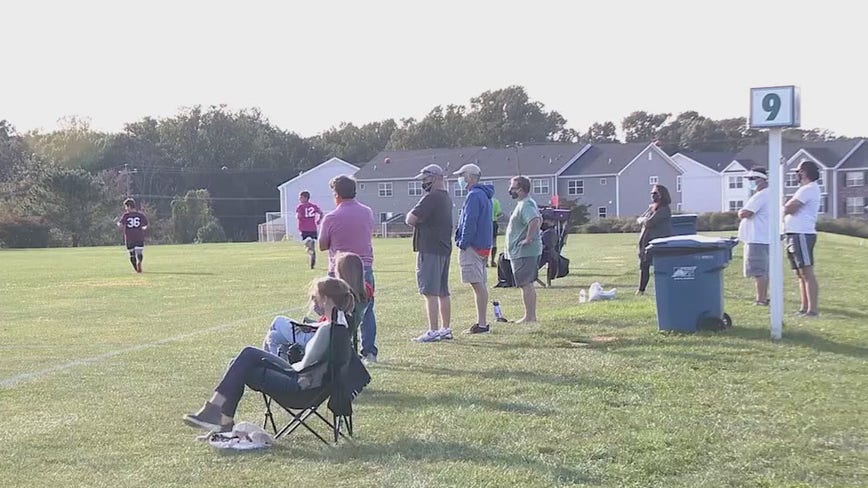 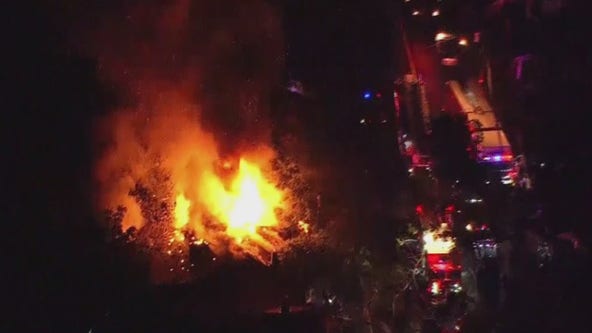