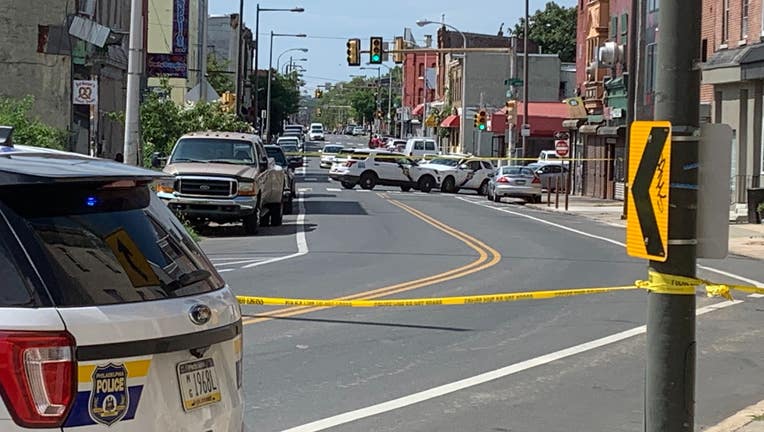 Police investigate after a 56-year-old man is shot and killed in North Philadelphia.

NORTH PHILADELPHIA - A 56-year-old man is dead after he was shot multiple times in North Philadelphia.

Officials said police responded to the 2100 block of Ridge Avenue Monday just before 2 p.m. on the report of a shooting.

Officers found a 56-year-old man suffering from a gunshot wound to the arm and another to the chest.

He was rushed to Temple University Hospital and pronounced dead at the hospital.