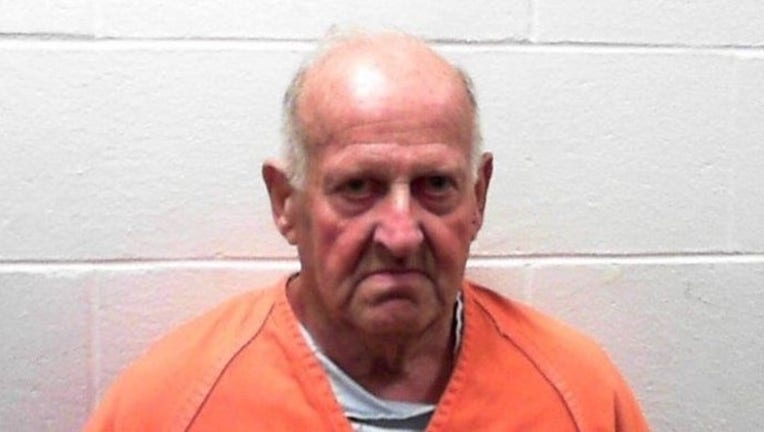 AUBURN, Maine - A judge imposed a life sentence Friday on a 77-year-old man who fatally stabbed a woman in front of her children - a crime virtually identical to one he committed four decades ago.

Justice MaryGay Kennedy ensured Albert Flick won't get out of prison again after he was convicted last month of stabbing the victim at least 11 times while her twins watched on a Lewiston sidewalk in 2018. He was previously convicted of the 1979 stabbing of his wife in front of her daughter.

"He is a monster," Lori Moreau, a friend of the victim, Kimberly Dobbie, said before Flick was sentenced and led from the courtroom. "I hope he rots in hell."

Prosecutors say Flick was infatuated with Dobbie. Both the attack in front of a laundromat and Flick's purchase of two knives were caught on surveillance video.

The judge said Friday that the attack was premeditated and that Flick showed no remorse.

Flick declined to address the courtroom, shaking his head and saying "nah" when the judge asked him if he had anything to say, the Sun Journal reported .

Flick had a long history of violence against women and was sentenced to prison for stabbing his wife, Sandra Flick, 14 times after she served him with divorce papers in 1979.

A judge who sentenced him for assaulting another woman said in 2010 that Flick would no longer represent a threat because of age by the time of his release in 2014. The judge disregarded the recommendation of the prosecutor and probation officer for a longer sentence.

During Flick's trial last month, prosecutors told the jury that Flick took action because Dobbie was planning to move away. "The obsession became 'If I can't have her, I will kill her,' and that's exactly what he did," Assistant Attorney General Bud Ellis said.

Susan Dobbie, the victim's mother, is in the process of adopting the twins. She and Dobbie's sibling plan to provide a home for the boys in Massachusetts.