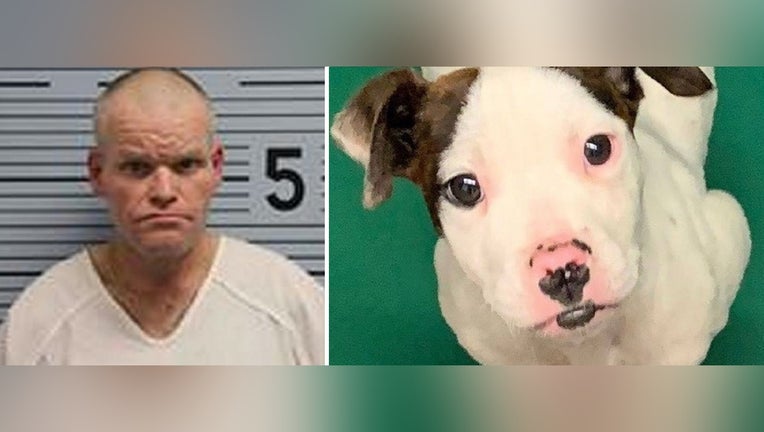 SCOTTSBORO, Ala. - A man accused of hanging a puppy from a tree because he didn’t have a gun to kill it has been charged with animal cruelty, authorities said Friday.

Jackson County Chief Deputy Rocky Harnen said a witness saw a man take a puppy into the woods, and the person then entered the woods and found the animal hanging from a rope.

The witness cut down the puppy and called police, who located Howard while he was driving.

Howard allegedly told authorities the puppy had potentially deadly parvo and he hanged it because he didn’t have a gun to put it out of its misery. The puppy, taken to an animal shelter, tested negative for the disease and is doing OK, Harnen said.

Another dog that was in the vehicle with the man was taken by animal control. Howard also was charged with possession of drug paraphernalia after officers found what appeared to be broken methamphetamine pipe with residue, officials said.

Court records weren’t available to show whether Howard had a lawyer who could speak on his behalf.