Timothy Robinson, 62, was charged Tuesday in a violent alleged DUI crash that killed a 3-year-old boy. Investigators say Robinson's bumped into the back of a car then sped around it, hopped the curb and went airborne. His vehicle landed on a mother and her 3-year-old son, who died at Temple Hospital.

PHILADELPHIA - Authorities believe a man was intoxicated when he jumped the curb of a Philadelphia street and fatally struck a 3-year-old boy Monday morning.

Robinson's vehicle went airborne, bounced off a building and landed on it roof onto a 27-year-old mother and her 3-year-old son. Police said the mother was able to free herself and did not sustain serious injuries. 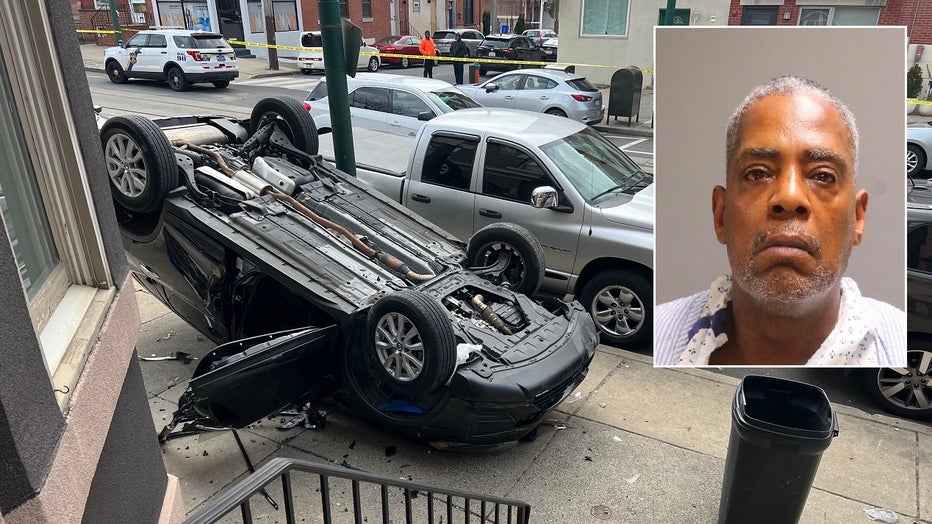 The mother and nearby witnesses helped lift the car off 3-year-old John Johnson. He was taken to Temple University Hospital where he died, police said.

Robinson was extracted from the vehicle and taken to Lankenau Hospital in stable condition.

"Intoxicated driving is never okay, and this tragedy is why," Krasner said in a statement. "My office will work to hold Mr. Robinson accountable, but I also want to re-commit to working with our public safety partners in the city to confront traffic violence for the public safety threat that it is."