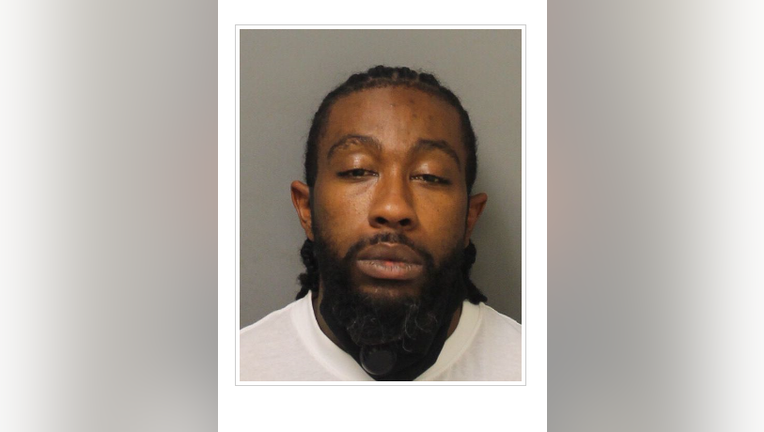 CHESTER, Pa. - Chester police announce an arrest made in a homicide case.

Detectives with the Chester Police Department identified 36-year-old John Blackston as a suspect in the shooting death of 32-year-old Jennie Luckie and he was arrested Saturday, August 8, officials say.

Police responded to 9th and Booth Streets Friday, just after 4:30 a.m. on the report of a shooting.

When police arrived, they were unable to locate a crime scene. Upon further investigation, authorities say, police found a vehicle stopped at 9th and Chestnut Streets in Trainer Borough. The driver, 38-year-old Christopher King, was found outside of the vehicle lying on the ground, having sustained multiple gunshot wounds. He was taken to Crozer-Chester Medical Center and is listed in critical condition.

In the passenger seat, officials say, 32-year-old Jennie Luckie was found with a gunshot wound to the head. Responding medics pronounced her dead at the scene.

Police later discovered the actual crime scene on the 700 block of Wilson Street.

Officials say Blackston was named as the suspect in the shooting.

Detectives spotted Blackston as a passenger in a vehicle on the 2900 block of West 12th Street Saturday just after 5:30 p.m. A traffic stop was initiated and Blackston was taken into custody on an outstanding warrant. He was charged with first-degree murder, among other charges and arraigned Sunday.