Authorities announced the arrest of a man in connection with a hit-and-run in Cheltenham Township that killed 30-year-old Shanna Hurdle back in September. FOX 29's Dawn Timmeney reports.

PHILADELPHIA - Authorities announced the arrest of a man in connection with a deadly hit-and-run in Cheltenham Township.

The incident occurred on Sept. 27 just before 8:15 p.m. near Cheltenham Avenue and Ogontz Avenue.

According to investigators, 25-year-old Terrell Russell, of Philadelphia, struck a female pedestrian, identified as 30-year-old Shanna Hurdle, and then left the scene. Paramedics treated Hurdle at the scene, but she later succumbed to her injuries. 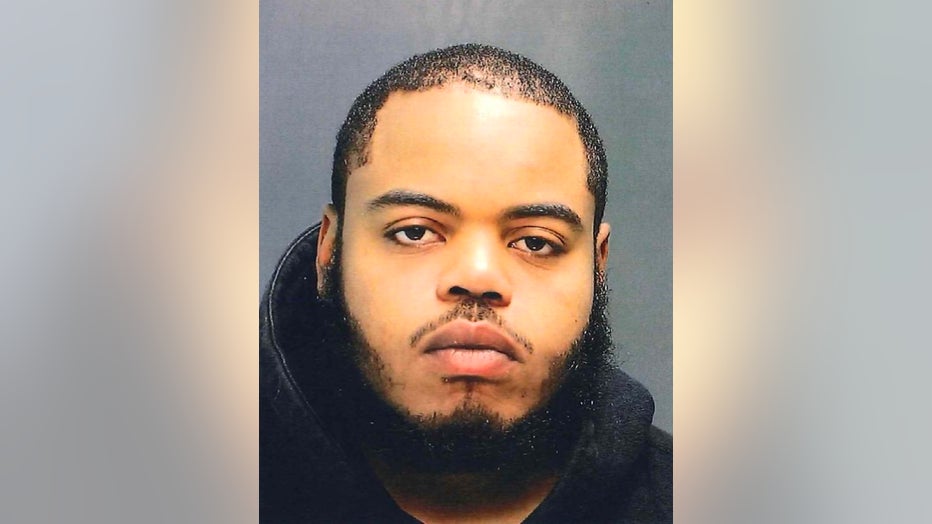 Authorities say crash investigation and reconstruction experts from both Cheltenham Police and Montgomery County Detectives determined that the victim was struck while standing in the center left-turn lane when she was struck by the white vehicle driven by Russell. Hurdle was thrown 152 feet. The striking vehicle braked upon impact then continued westbound and drove over the body as it was lying in the roadway, according to investigators.

Officers recovered broken grill and trim parts that were stamped with General Motor part numbers, which led investigators to determine that the striking vehicle was a 2020 GMC Acadia. Video recovered of the crash showed the white Acadia had sustained front-end damage.

Russell was arrested and charged with leaving the scene of an accident involving death, tampering with evidence and related charges.