A live dance event was taking place with families present. A gun was spotted, and FOX 26 is told one person was shot through the leg. The bullet hit the ground and ricocheted, hitting six others.

HOUSTON - A 25-year-old man has been charged in connection to a shooting that left seven people injured at a flea market in north Harris County.

The incident occurred at Mercado Sabodomingo in the 8700 block of Airline Drive at around 7 p.m. Sunday. A live dance event was taking place with families and children present.

DOWNLOAD THE FOX 26 NEWS APP FOR YOUR MOBILE DEVICE

According to Sheriff Gonzalez, a witness reported seeing someone with a gun and then hearing a gunshot.

Sheriff Gonzalez says one person was shot through the leg, and the bullet may have ricocheted off of the ground and hit several others.

Seven people in total were taken to the hospital, but authorities say no one was critically injured.

Investigators are working to determine how the shooting occurred. One man was detained at the scene. Sheriff Gonzalez says the man claimed he had a gun in his pocket, but authorities received some conflicting information.

Investigators say there is no threat to the community.

Sheriff Gonzalez says there was a large law enforcement presence at the venue at the time of the shooting. There were also signs posted indicating that weapons are not allowed on the premises. 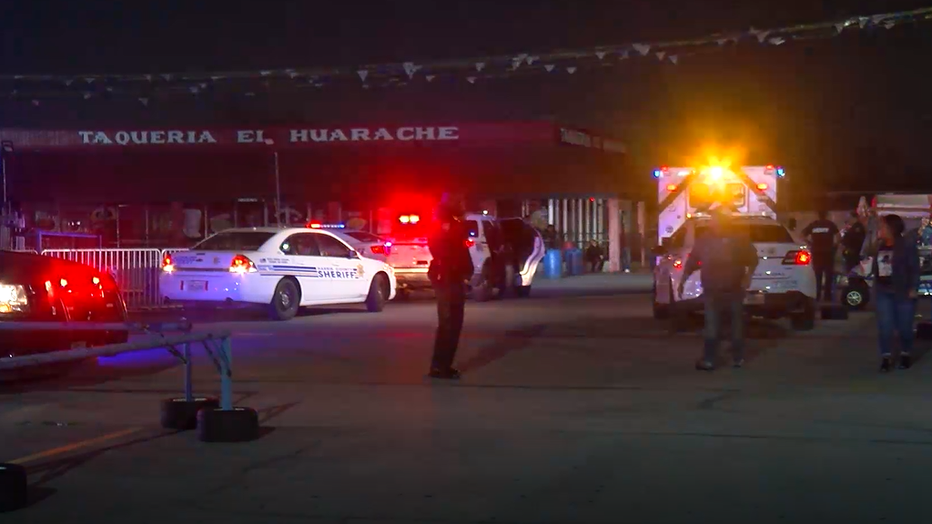