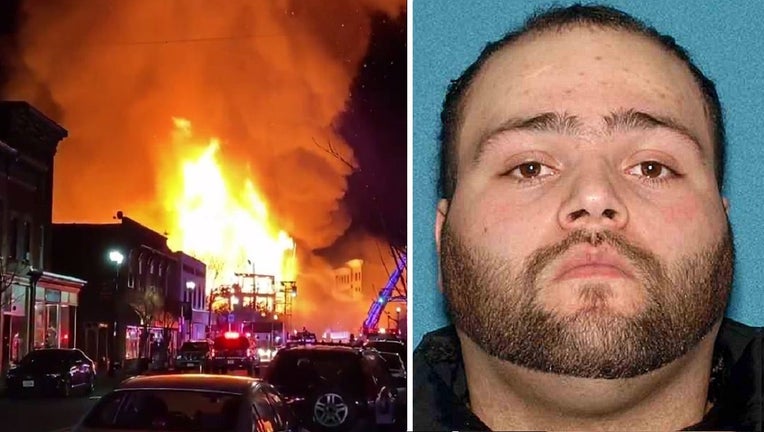 BOUND BROOK, N.J. - Arson charges have been filed against a man accused of setting a large fire that started in an apartment building under construction and soon spread to several other buildings, displacing dozens of area residents.

Juan Hector Padilla, 28, of Bound Brook, was also charged Monday with hindering apprehension and providing false information. The three counts were made public Tuesday by the Somerset County Prosecutor’s Office.

Padilla was seen walking near the construction site shortly before the fire broke out around 8 p.m. Sunday, authorities said. However, it’s still known how or where the fire was started.

The blaze broke out in a complex under construction, quickly engulfing the entire site before jumping across the street to another under-construction apartment building. Several homes and an electronics store were also damaged or destroyed in the fire, which was brought under control several hours after it began.

More than 100 residents who live near the scene were evacuated as a precaution, and some were still being kept out of their homes on Tuesday. No serious injuries were reported in the fire, although one firefighter was treated for a sprained ankle.

It wasn’t known Tuesday if Padilla had retained an attorney.

The 7-alarm blaze displaced many families in the area.