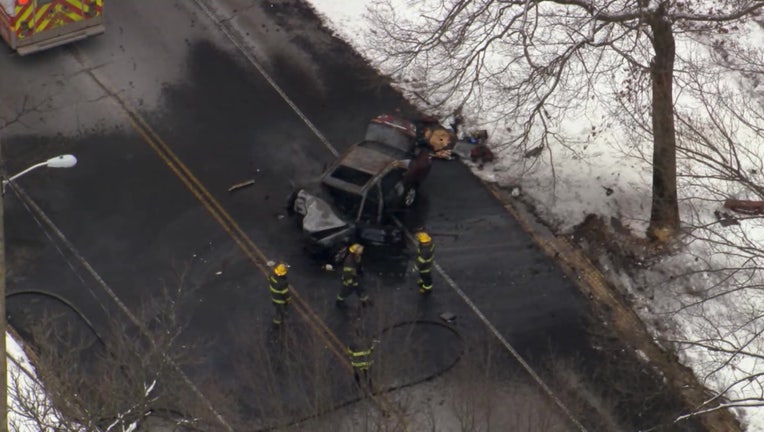 Police are investigating what caused the victim to veer off the road.

FAIRMOUNT - Police say a man is dead after his car slammed into a tree and burst into flames Friday morning in West Philadelphia.

According to investigators, the unidentified man was driving a Toyota Avalon west on Chamounix Drive when for unknown reasons he veered off the road and slammed into a tree. The crash caused the car to burst into flames, police said.

The man was taken to Penn Presbyterian Hospital where he died just before noon. No other injuries were reported.

Investigators are working to determine what caused the victim to fatally crash.