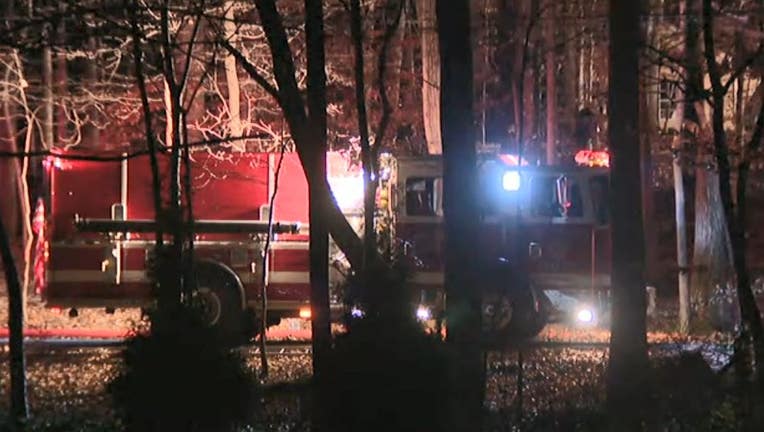 DOYLESTOWN, Pa. - A man has died after an early morning fire in Doylestown.

Authorities say the fire broke out around 3:15 a.m. Sunday on the 5700 block of Private Drive in the Doylestown section of Buckingham Township.

According to authorities, neighbors had called emergency services after being awaked by screams.

When police and fire services arrived, they found a homeowner outside the house stating that there was another person in the home.

At this point, the house was fully involved with flames and smoke which prevented fire officials from entering. They made attempts to enter the home through the upstairs portion where the homeowner was located.

Eventually, fire personnel were able to finally reach the second homeowner who was unresponsive. He was pronounced dead at the scene.

His identity is being withheld until all family notifications are made.

The cause of the fire remains under investigation at this time.