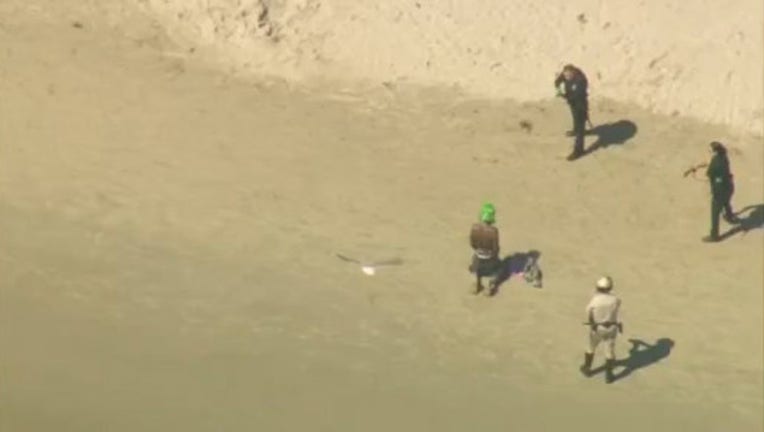 According to CHP, the vehicle continued north on the 405, slowed for traffic, then transitioned to the 90 Freeway. The vehicle eventually got off at Lincoln Boulevard and proceeded on Washington Boulevard to Pacific Avenue before stopping at the boardwalk.

Once on surface streets the driver and a passenger could be seen waving to people out of the sunroof.

Both suspects were wearing Halloween masks.

The driver eventually fled on foot and ran onto Venice Beach—still wearing his Halloween mask.

At one point the suspect was seen trying to help bury a man who was playing in the sand. 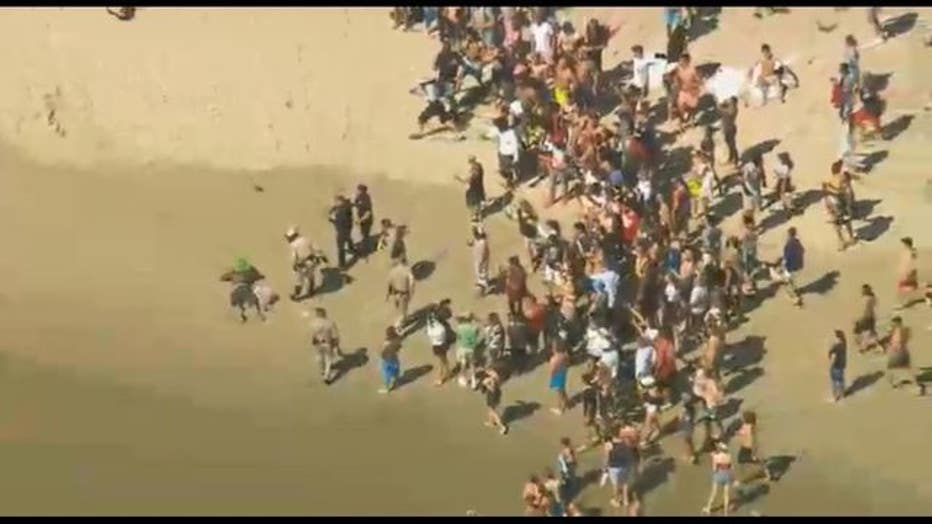 Large crowds soon began following the masked suspect. He eventually surrendered to officers on the beach as dozens of beach-goers surrounded him. The suspect was taken into custody without incident.