Man on quest to see home game from every team in NHL, NBA and NFL

FOX 29's Chris O'Connell spoke with a man on a life quest to see a home game from every team in the NHL, NBA and NFL. Guess what? He's an Eagles fan.

PHILADELPHIA - A man from London is on a life quest to see a home game from every team in the NHL, NBA and NFL. His mission has brought him to the City of Brotherly Love.

Any sports fan can appreciate Daniel Barthold.  He started in 2005 and he’s about a third of the way there.

"Well, it’s all about planning. It’s not cheap. People ask me how I do it. You have to plan it six or seven months in advance with tickets, flight tickets and hotels," he told FOX 29. 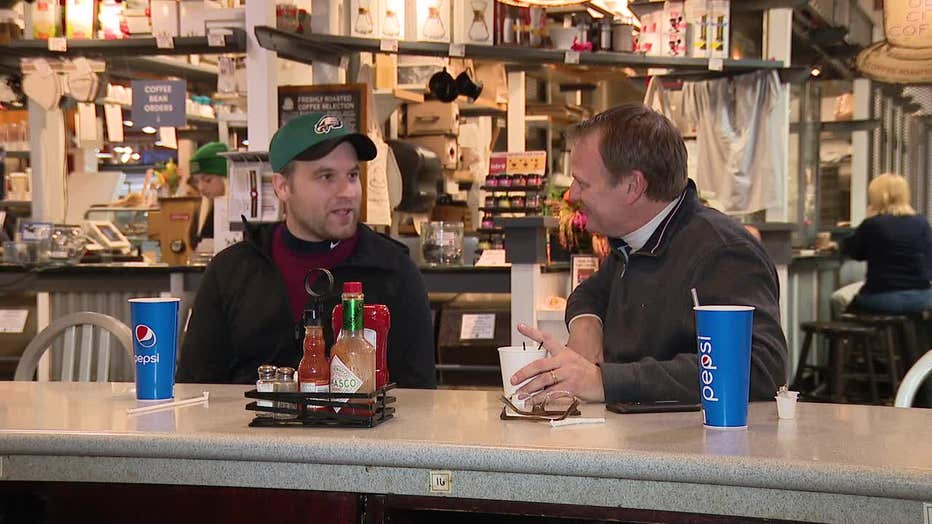 This week he checked out teams in Philadelphia.

FOX 29's Chris O'Connell gave Barthold a tour of the Reading Terminal Market. He says sports has always been his life. In fact, he works for a consultant to sports betting companies.

His favorite teams are the Chicago Black Hawks, the Dallas Mavericks. When it comes to football it's the Eagles and Sunday at the Linc against the Patriots will be his highlight.

“I can’t wait for Sunday because the Eagles they say the fan base is a bit crazy. A bit insane, but very passionate. I heard a lot of stories about the Super Bowl and what went on here," he said.

"They have failed for so long. They’re called America’s team and I think it’s a bit fake these days. I think they were good in the ’90s when they won five Super Bowls. They’re not America’s team anymore," he said.