Man sentenced for marrying, having sex with biological daughter

Travis Fieldgrove and Samantha Kershner were arrested in January on warrants relating to an incest case, according to authorities.

GRAND ISLAND, Neb. - A Nebraska man was sentenced to two years in prison this week for having sex with his biological daughter and later marrying her after learning about a police investigation into the relationship, according to reports.

The incestuous relationship was allegedly motivated by a “jealous competition” between half-siblings, according to a report by the Omaha World-Herald.

Kershner, now 21, reportedly told her mother she wanted to know who her father was and meet him. Her mother identified Fieldgrove and arranged a meeting, according to the Omaha World-Herald. For the next three years, the pair told police they had a father-daughter relationship.

In September 2018, Grand Island police officers spoke to Fieldgrove and Kershner after receiving a tip about their relationship and allegations of incest, the newspaper reported. Both admitted that they were having a romantic and sexual relationship, according to the Omaha World-Herald.

Fieldgrove and Kershner married on Oct. 1, the affidavit said.

They were arrested in January on warrants relating to an incest case, according to the Grand Island Police Department.

“Evidence leading up to the arrest suggests that Fieldgrove and Kershner were aware of the biological relationship before being intimate, and further indicates that they quickly married one another after being notified of the investigation,” the police department said at the time of their arrest.

DNA test results showed a 99.999 percent probability that Fieldgrove was her father, the affidavit said.

Both reportedly declined to tell officers how things turned sexual, but said they had had sex on Sept. 10.

Kershner also reportedly told officers that “her motivation to have sex with her father stemmed from a jealous competition with her half sister regarding who could have sex with their father,” according a court affidavit obtained by the Omaha World-Herald. 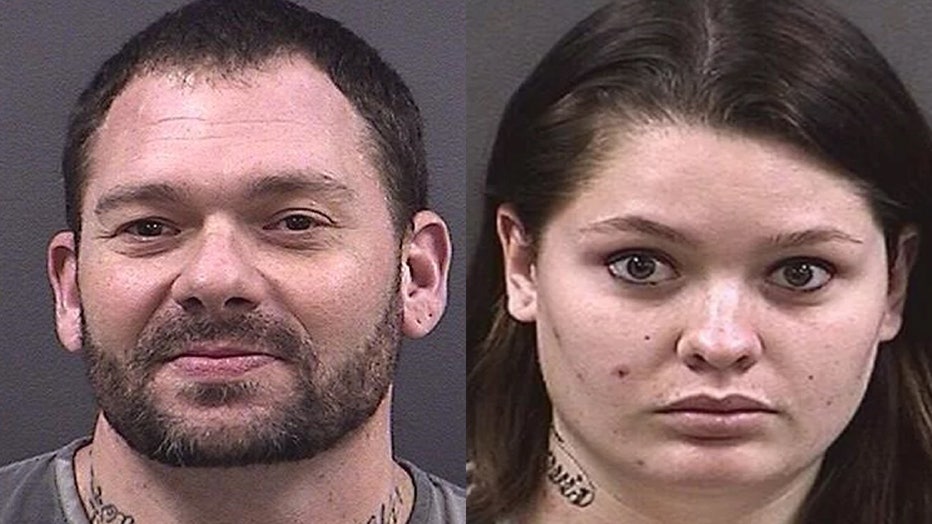 On Thursday, Hall County District Judge Mark Young issued the two-year sentence for Fieldgrove under a plea agreement, with credit given for 121 days already served, according to the newspaper.

Fieldgrove will serve 144 more days in jail, in addition to 12 months of post-release supervision. Fieldgrove, of St. Paul, Nebraska, was also ordered to have no contact with his daughter, the paper reported.

His defense attorney Jeff Loeffler said Fieldgrove was “very embarrassed” and wished “it never happened,” according to KHGI-TV. Loeffler also said Fieldgove has a brain injury.

"He's certainly not a high-functioning guy," he said.

Kershner also took a plea deal, reducing an incest charge down to misdemeanor false reporting. She was expected to be sentenced in June, according to KHGI-TV.