TOMS RIVER, N.J. - Vigilante justice can go very wrong in a hurry. But, it seems one New Jersey man successfully took matters into his own hands.

He says it’s his mission to take down sex predators.

Warning – do not try this at home. 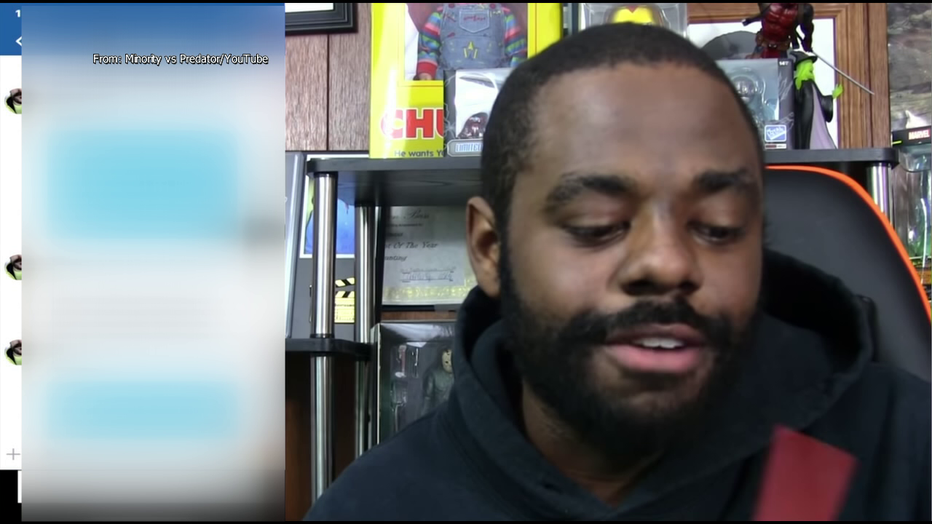 Bass, from Ocean County, says he can’t keep up with the thousands of messages flooding his inbox after his bold “to-catch-a-predator-style” YouTube video from Monday went viral.

“The feedback has just been overwhelmingly positive and I can’t be thankful enough,” Bass said.

On his YouTube channel, Minority versus Predator, Bass documents his work as a sex crime vigilante, as a civilian, choosing to pose as a 14-year-old girl on various dating sites and, later, reporting and confronting people looking to engage minors. Sunday, for the first time, Bass met one of these alleged offenders in person at a Toms River burger joint. He says he filmed the confrontation and, within 24 hours, 33-year-old Phillip Stone, of Lacey Township, was under arrest.

“Do you want a career in law enforcement,” FOX 29’s Jennifer Joyce asked.

“I mean, at this rate, I doubt they’ll take me,” replied Bass.

“I would have to compliment the guy. He does a nice job setting up the defendant,” Bilhimer stated.

“I understand what the purpose was. I’m happy we got a guy off the street that’s a predator for children. But, at the same time, he put a lot of people at risk,” Bilhimer cautioned.

“I could tell he was terrified. Me and my social anxiety, I was equally as terrified,” Bass added.

The 28-year-old explains he wants to open the eyes of people.

“It can happen to anybody and it can be anybody,” Bass said.

Bass says exposing alleged offenders and raising awareness is his motivation and he’s reflecting on what’s become an intense hobby.

“I do talk to a lot of disgusting people, but there is so much more good in the world than bad and that’s one of the reasons why I keep going and doing this,” Bass explained.