Omolayo Adebayo talks with FOX Television Stations about the mobile shower unit she recently rolled out in Maryland for the homeless,.

BOWIE, Md. - Omolayo Adebayo always knew she wanted to give back. She just didn’t know how to do that.

In 2017, after having a dream, she came up with an idea to create a mobile shower unit, designed to give the homeless population a free chance to freshen up.

After years of soliciting donations, she was able to buy and roll out the unit last October in Prince George’s County, Maryland, a suburb of Washington, D.C. 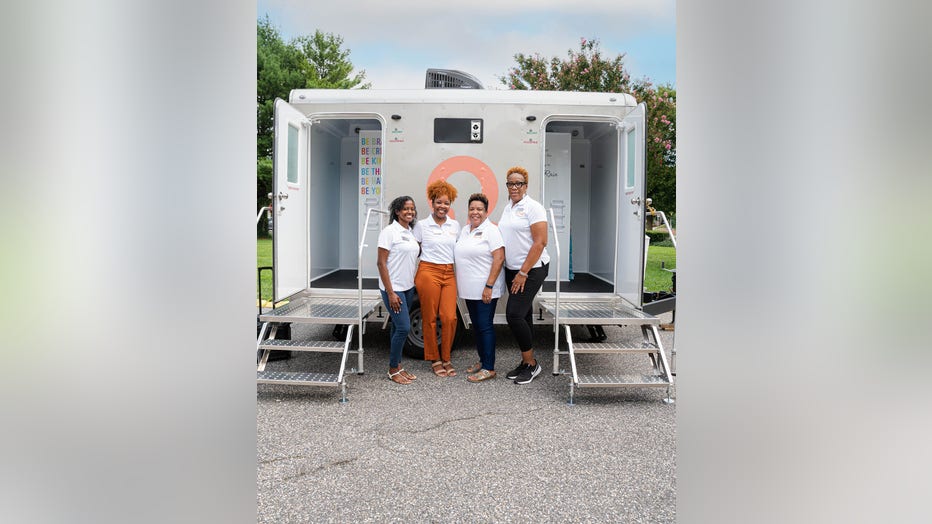 "It came from a dream, from God," the 32-year-old told FOX Television Stations Monday.

Adebayo said in her 2017 dream, a man was standing in front of a mobile shower unit saying "Thank you."

"And that came around the time God was pushing me to start a non-profit," she continued. "So once I had that dream, it solidified...this is what the non-profit was for, to have this mobile shower."

Adebayo said she didn’t know what a mobile shower unit entailed, so she looked it up on the internet. After raising more than $50,000, her non-profit, The Neighborhood Well, purchased a two-stall shower unit that included a toilet. 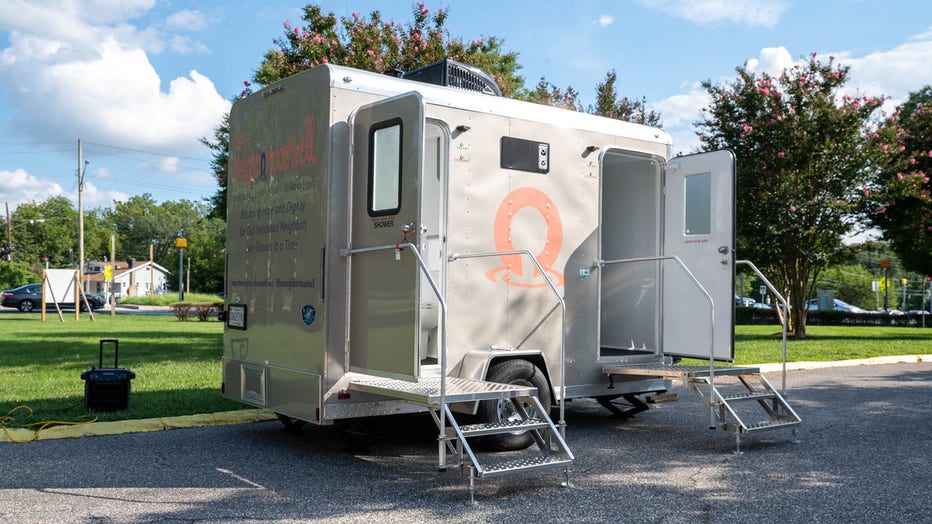 Adebayo said the plan is to offer free showers every second and fourth Saturday. Currently, clients must come to the First United Methodist Church of Hyattsville to use the showers. Adebayo says the church will host the unit for at least six months as part of the non-profit’s pilot program.

So far, four people have shown and used the shower. Adebayo hopes that number will grow but understands the reluctance people may have.

"The type of service that we’re providing is something that is a vulnerable experience for anyone," she said. "It’s something that our unhoused neighbors have to feel comfortable with doing in general."

Another challenge is transportation.

"We try to do our best to provide transportation through partnerships with churches when available," she added. 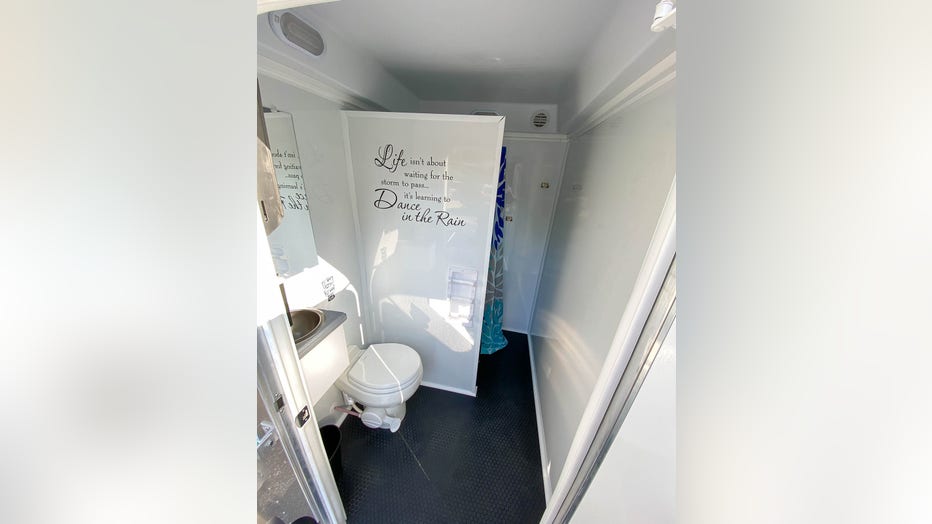 Adebayo said taking a shower is considered a luxury among the homeless population.

"We all know what that fresh feeling is like," she continued. "But then to add for someone who doesn't know where their next shower is coming from, or some people who may not shower in weeks...it’s just a new sense of self."

"That then just opens your mind to everything else," she added.

Similar services are also being offered around the country. In Marin County, California, the Downtown Streets Team also has a mobile shower unit. Project Outpour in Charlotte, North Carolina, also provides people a free chance to freshen up.

Adebayo hopes to inspire other people to find creative ways to help out their communities. She hopes to expand her service in the D.C. area.