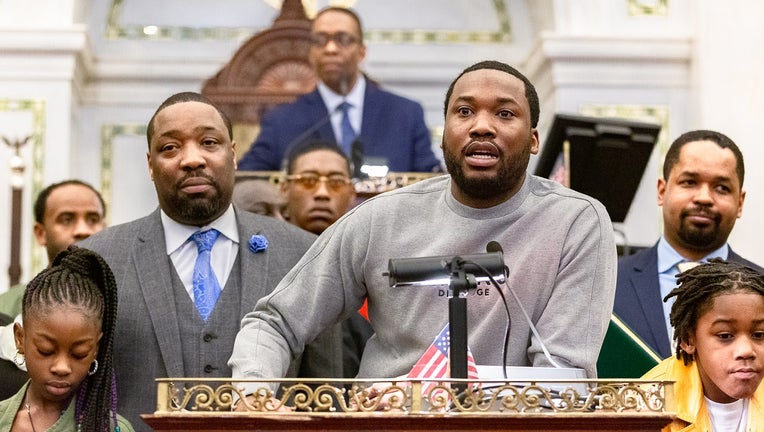 PHILADELPHIA - A Pennsylvania appeals court on Wednesday overturned rapper Meek Mill's conviction in a drug and gun case that has kept the rapper on probation for a decade and made him a celebrity crusader for criminal justice reform.

The unanimous three-judge opinion granted the rapper a new trial because of new evidence of alleged police corruption and said he would likely be acquitted if the case is retried.

"We conclude the after-discovered evidence is of such a strong nature and character that a different verdict will likely result at a retrial," the opinion said.

The Pennsylvania Superior Court also overturned the trial judge's parole violation findings that sent the entertainer back to prison in 2017 for five months, and, in a rare move, pulled her off the case.

Meek Mill wants to be voice of wrongfully convicted

Common Pleas Judge Genece Brinkley had kept Williams on probation for 10 years over his arrest in 2007 at age 19. He is now 32 and has been called back to court repeatedly over technical violations of his parole, many of them involving travel issues as he has risen to fame under the mentorship of music mogul Jay-Z.

Mill, whose real name is Robert Rihmeek Williams, became a symbol for criminal justice reform after Brinkley sent him back to prison in 2017.

The officer who testified at his trial said Williams pointed a gun at him during the arrest outside his southwest Philadelphia home. Williams has denied pointing a gun at police.

Calls seeking comment from prosecutors about whether they plan to retry the case were placed Wednesday.