Amy's new mural is of Najee Spencer Young, a participant in the Mural Arts Education program!

PHILADELPHIA - A mural by the artist who painted the official portrait of Michelle Obama is being dedicated in Philadelphia.

Amy Sherald might be best known for the painting of the former first lady, but her overall body of work represents everyday lives of black Americans.

So it's fitting that the six-story-tall mural being dedicated Thursday portrays Najee Spencer-Young, a Philadelphia teen and participant in the city's Mural Arts education program.

Sherald tells the Philadelphia Inquirer she chose the 19-year-old as the mural subject during the teen's class trip to her studio. She saw it as an opportunity to boost the Spencer-Young's self-esteem and the self-esteem of those who look like her. 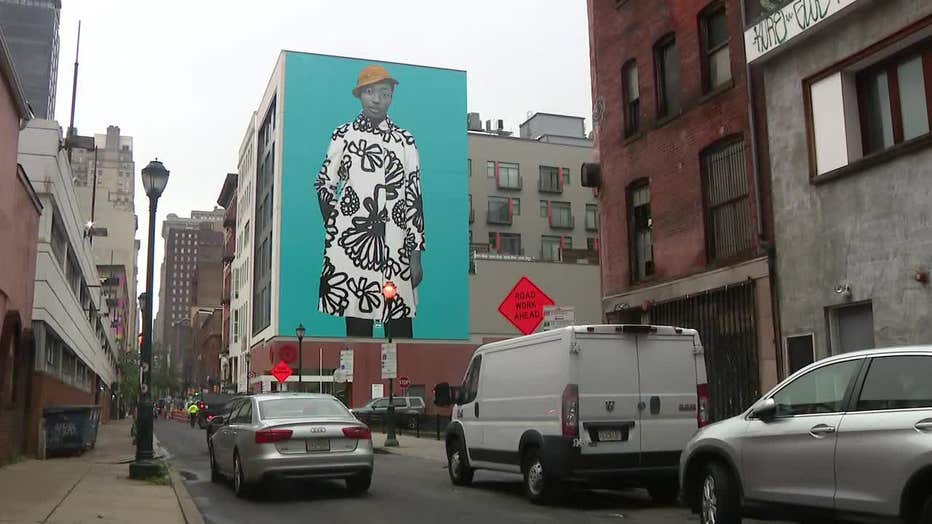