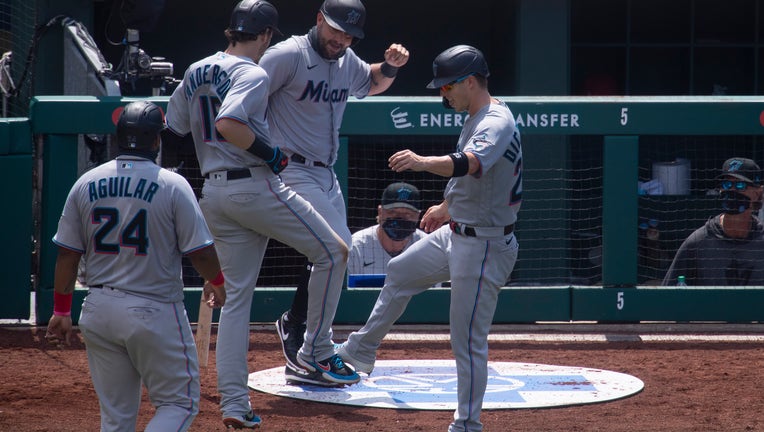 PHILADELPHIA - The Miami Marlins, who have been quarantined at a Philadelphia hotel for nearly a week following a coronavirus outbreak, were cleared to leave the city on Sunday, according to Major League Baseball.

The team will travel to Baltimore to resume their season on Tuesday against the Orioles.

The Marlins have not played since they wrapped up an inter-division series against the Phillies at Citizens Bank Park on July 26. Since then, the team had 21 cases of coronavirus from both players and staff.

Meanwhile, MLB says the nearly two dozen infected players and coaches bussed down to South Florida over the last 24-hours where they will continue to quarantine.

In response to the sudden loss of players, Miami has added six new players through trades and signings over the last several days. They are also expected to supplement their roster with minor leaguers, including top prospects.