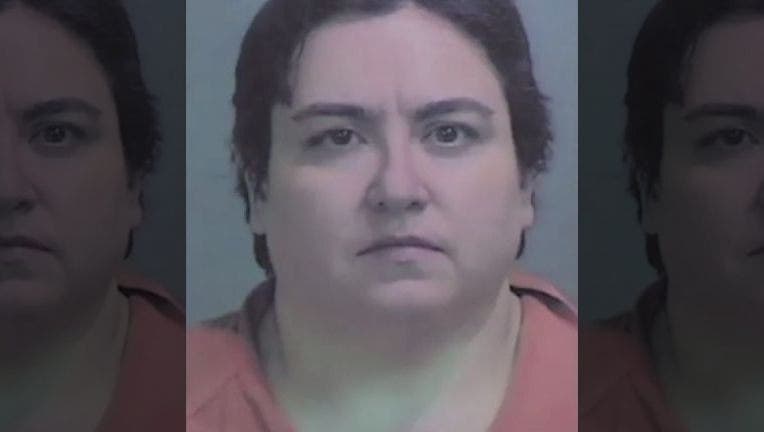 GENESEE COUNTY, Mich. - A mother accused of trafficking her own 6-year-old daughter is among 22 people arrested in a two-month-long child sex sting in Genesee County, Michigan.

According to Genesee County Sheriff Robert Pickell, the Genesee Human Oppression Strike Team (GHOST) arrested 22 people in the sting, some who live in Genesee County and other who traveled from other counties, including Saginaw, Oakland and Wayne.

"There are all ages, creeds, genders and professions with one goal in mind: to have sex with kids," Pickell said.

Police say a total of 66 felony charges have been filed for a combined 994 of potential prison time. Many accused are charged with child sexually abusive activity and face at least 20 years in prison. Three human trafficking felony charges are also pending.

"We put it out on the dark web and they come to us. It's like fish coming to the bait," Pickell said.

Officers with the task force set up hotel rooms to catch the suspects. Police provided video of a man they say came to a hotel room specifically to have sex with a 14-year-old boy and a 14-year-old girl.

Among those charged is 37-year-old Jennifer Beckman, who is accused of trafficking her own 6-year-old daughter.

"She provided her own 6-year-old daughter to Michael Foster to have sex with," Pickell said.

Upon further investigation into 33-year-old Michael Foster, police discovered that he'd been having sex with his 2-year-old daughter.

"It doesn't get any worse than that," Pickell said.

Police say some of these people are well-respected in their communities. One man is a financial advisor, another is working as a senior vice president in the legal department at Comerica Bank, and another is a manager at a credit union.

"He wanted to meet the 14-year-old and have sex with the 14 year old at 7 a.m. in the morning before he went work, and his wife wouldn't know. He couldn't get away at night so he wanted to do it in the morning," Pickell said of one of the suspects.