Jhenea Pratt, 23, was convicted of involuntary manslaughter and endangering the welfare of a child, according to reports.

PITTSBURGH, Pa. - A prosecutor reportedly told jurors that a Pennsylvania mother killed her baby by lacing the child's sippy cup with fentanyl so she could “relax and smoke marijuana.”

Jhenea Pratt, 23, was convicted Tuesday of involuntary manslaughter and endangering the welfare of a child, the Pittsburgh Post-Gazette reported. The jury cleared her of first- or third-degree murder.

Pratt was accused of providing a pink sippy cup containing fentanyl to her 17-month-old daughter, Charlette Napper-Talley, on April 5, 2018. During the trial, one detective testified that it was enough to “kill two horses,” the newspaper reported.

Investigators said Pratt and her boyfriend, Albert Williams, were responsible for watching the girl the day she died, according to reports.

Pratt's attorney, Brandon Herring, suggested during his closing argument that Williams had something to do with the presence of the fentanyl and not his client, but the jury wasn't swayed, the newspaper reported.

Williams acknowledged to police that he had given Charlette a sippy cup on the morning of her death, according to the Pittsburgh Post-Gazette. However, police wrote in the complaint, “We also learned that if Charlette had ingested fentanyl during the time frame Williams had her she would have died very shortly after ingesting it."

After Williams left the house, police said the girl was still alive and Pratt gave her another drink in the sippy cup and put her to bed “during the afternoon hours.” The 23-year-old reportedly told police she smoked marijuana before checking on her daughter an hour later and finding her unresponsive.

"Jhenea Pratt was the only person [caring for Charlette] during these hours," the Pittsburgh Post-Gazette reported, citing the complaint. 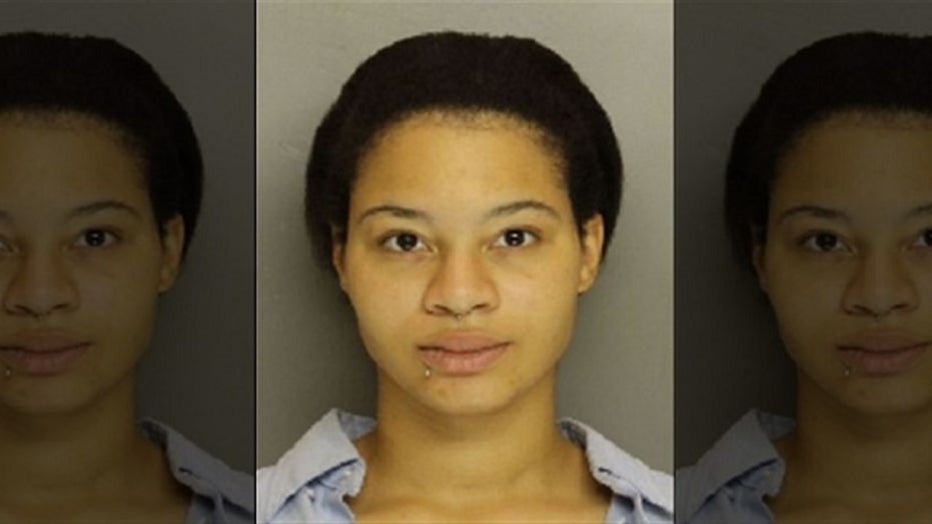 Jhenea Pratt is pictured in a booking photo after being arrested and charged in the 2018 death of her 17-month-old daughter. (Photo credit: Pittsburgh Police)

In closing arguments, the prosecution linked the girl's death to Pratt’s desire to smoke pot, according to the newspaper.

"[The] defense wants you to believe [Mr. Williams] has something to do with Charlette's death, but why? Why would he harm her child when he has kids of his own that he takes care of?" assistant district attorney Diana Page asked the jury.

Page told jurors the truth is that Pratt wanted to "sit back, relax and smoke marijuana."

"That baby was getting in the way of her enjoying her pastime," Page added, according to the newspaper.

Pittsburgh police were called just after 6 p.m. for a baby who wasn't breathing and discovered a red liquid inside a pink sippy cup on Charlette’s bed, the newspaper reported. The girl died at the hospital.

Days after the baby's death, the medical examiner's office received positive test results confirming the presence of fentanyl in the toddler’s blood and inside the sippy cup, according to the newspaper. The medical examiner’s office listed Charlette’s death as a homicide due to fentanyl poisoning.

Pratt's lawyer said his client “has always maintained that she would never intentionally hurt Charlette,” according to the Pittsburgh Post-Gazette, which added that Pratt showed no visible reaction to Tuesday's verdict.