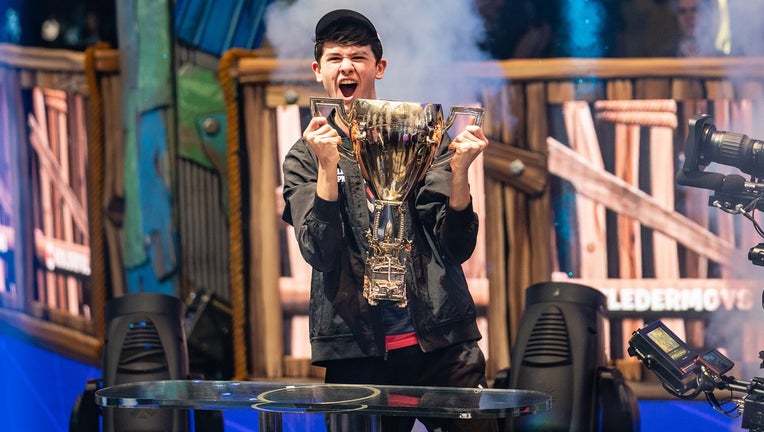 POTTSGROVE, Pa. - All those hours playing video games have paid off for a 16-year-old from Montgomery County.

Kyle Giersdorf, of Pottsgrove, Pennsylvania, racked up the most points and won $3 million as the first Fortnite World Cup solo champion. The competition took place Sunday at Arthur Ashe Stadium in New York.

Giersdorf says "words can't explain it." He goes by the name "Bugha" when competing.

Some 40 million players competed for a chance to play in the finals, which was narrowed down to 100 contestants from 30 countries.

The duo competition was won by 17-year-old David Wang, of Austria, and 16-year-old Emil Pedersen, of Norway. They'll split the $3 million prize.